Last Wednesday was my girl's 15th birthday. So the daddy asked her what she wanted to eat the night before and she replied 'dim sum'.

Well, since it was her birthday, the daddy happily obliged and suggested to go for dim sum brunch in Boulevard Restaurant. The last time we came here was early this year but that was 3 months ago.

Luckily the place was not packed when we reached there around 1015am. We felt safe as the tables were very far apart and everyone practised SOP accordingly. Our order came out pretty fast too since only few tables were occupied. 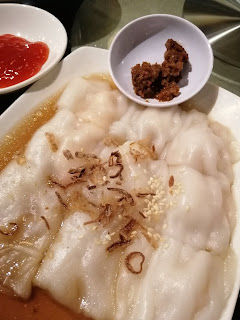 We had its tasty and nice prawn chee cheong fun which we enjoyed in the past. They have pork flavour too but we prefer its prawn ccf. 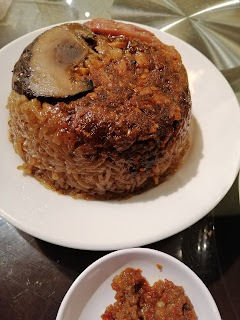 The lo mai kai was equally nice, so we had that too that morning. Sticky and flavourful glutinous rice with its nice sambal. 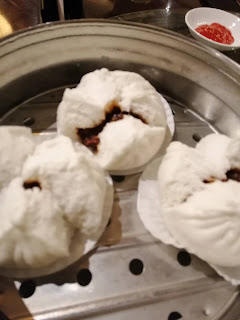 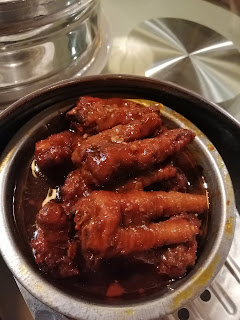 Jay loves its char siew pau and he finished these 3 paus all by himself that day!! Plus a plate of plain noodle, he still had tummy space to gooble up the paus.
Hubby and I took the spicy chicken feet ourselves. Extra spicy that day though but we liked it. 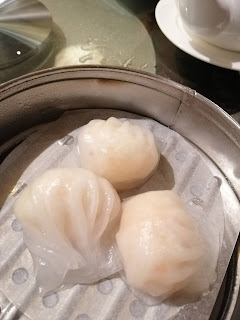 Har kau was a must so we had a steamer of that. 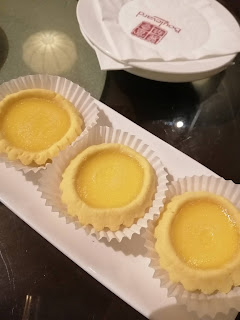 The birthday girl requested for the eggtart which she finished all by herself. 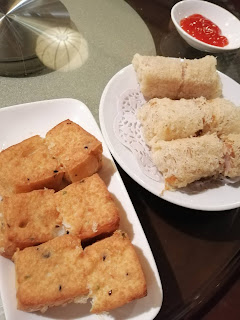 Other dim sum that we liked were tje deep fried beancurd and and deep fried puff yam. 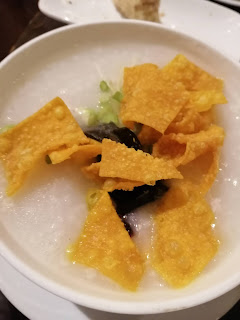 On our table, we also had this pork porridge and 2 plates of plain noodle to share arpund. 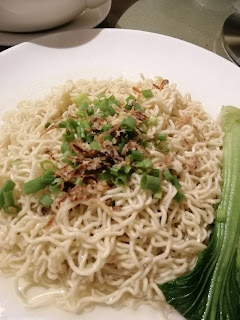 We also ordered its roasted pork belly for takeaway as extra dish for our dinner that day. 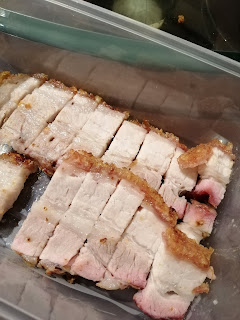 We spent slightly more than an hour in the restaurant before we went home. A delightful brunch we had.

Belated birthday greetings to the young lady. So good, can go and eat. Here, no dining in...and the popular good dim sum place here always on the list of "places to avoid" so I would rather not go and eat.

April baby like me too hee hee, happy belated birthday young lady. Looking at what you all had made me had craving for dim sum, it is good to eat as a family as can order a lot and share share 😋😋😋

The roasted pork looks so good with plain noodles... yummy!!

Belated birthday to your gal. Everything looks good. I like the plain noodle and the roast pork belly.

Happy belated birthday 🎉🎂 to your princess! What a delicious dim sum meal to celebrate. Makes me want to eat dim sum.

Happy Birthday to your girl.

I just tapao dim sum for our breakfast today and almost every dish was identical!! Great minds eat alike. LOLOL