There was this corner shop that we had never stepped foot into till last month. Somehow hubby found out this place from a source thay it sells kampung chicken.  Those healthier free-range chicken which is nice to cook in soup. 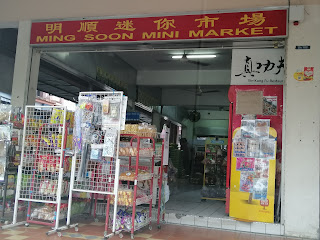 Ming Soon Mini Market was the name of this shop. If not for the photos on this vending machine in front of the shop, we would not know that it also sells other frozen food. 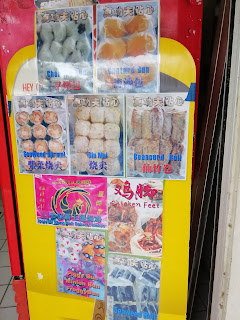 On our first visit, we bought a frozen free-range chicken and pack of pork ngoh hiang. The chicken was around RM29 while the very nice ngoh hiang (3 big rolls) was RM33!! Yes, pricey but it was good. 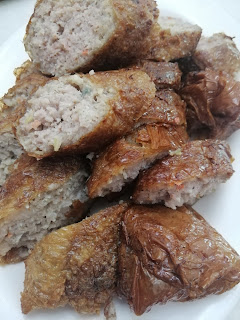 I thawed the rolls and deep fried them that very day. No wonder the shopkeeper said it was very nice. Indeed it was nice but we would not be buying it again. Very expensive, we thought. 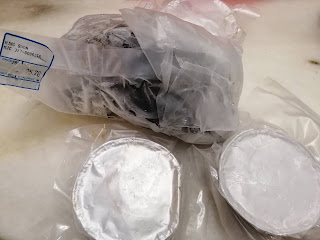 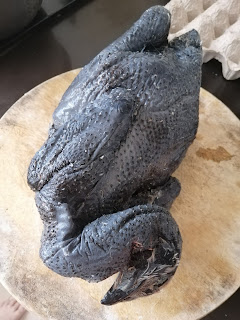 I chopped and divided the black chicken into 2 parts. I cook one part with red dates and ginger in slow cooker. 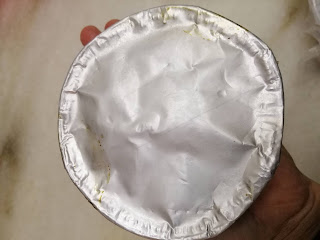 The boys like lo mai kai, just like the dad. Hubby requested to steam 2 of them to try after we got home. 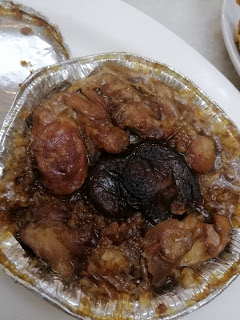 The lo mai kai after digging in it. Not much meat though but the rice was tasty. 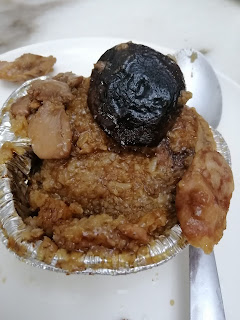 Frozen Ready cooked food is really so convenient, like the ngor hiang and the lo Mai kai. I love to eat lol Mai Kai, just ate half yesterday. You cook so well so the two frozen chicken after cook must be very tasty! 😋😋😋

Eyewwwwww!!! Black chicken! LOL!!! Not into kampung chicken either, got a smell. Check out my blogpost tomorrow to see what kind of chicken I will buy! And don't be fooled by those that they claim is corn-fed chicken - they say they use kunyit to colour the skin yellow!!!

Ngor hiang looks good! I do not mind paying more for really good ones. Most are so mushy, all flour. Same thing with sio bee!

Though it is convenient, I seldom buy frozen meat, but sometimes no choice, it is easier to get a meal ready with frozen cooked food. I like black chicken, but my regular chicken stall does not sell that unfortunately.

I like loh mai kai too...but seldom eat them coz too oily. The rice in loh mai kai is usually very tasty coz it soaked up the flavours from the marinated chicken....yummzz!

I like ngor hiang and lo mai kai. Now I am thinking of eating lo mai kai for breakfast tomorrow.

The frozen ngo hiang looks good. I have given up buying frozen ngi hiang, all taste not so good, but now I have found new hope. Haha

I really like having frozen food in the freezer. I recently bought frozen pork trotters stew and they were not bad. So convenient I no need to cook my own.

From the photo I could tell that the Ngoh Hiang was good and delicious looking. Worth the price when anything is nice and tasty.

I got goosebumps looking at the black chicken. LOL