That night, in history

Yesterday Sibu had the fiercest thunderstorm that I had ever encountered in my one year stay here. The wind was strong and gushing like mad and rain poured like nobody business!

I were caught in the rain. My daughter has her Kumon class so whether we liked it or not, we have to brace the rain and go out. So as usual I parked my car and waited for her since it is only an hour or less session. As we just left the car and still fighting with the strong wind in the shop walkway, suddenly we heard a loud bang behind us. First thought was something big fell down!

True enough, everyone from inside the shops watched in shock as a signboard fell down and hit few cars as it was torn into parts. Oh dear! I knew my car was hit as it was parked right under it! But I could not do much as rain still pouring and wind too strong to go under and brace the weather again.

But after we reached home I had to check on the car! The window cover was broken. Thinking of it, my girl was lucky and we were quicker by a minute to get out from car. Or she will definitely been hit as she got out from that left side of the car. Nothing serious to the car and we counted our lucky star that we escaped unhurt. 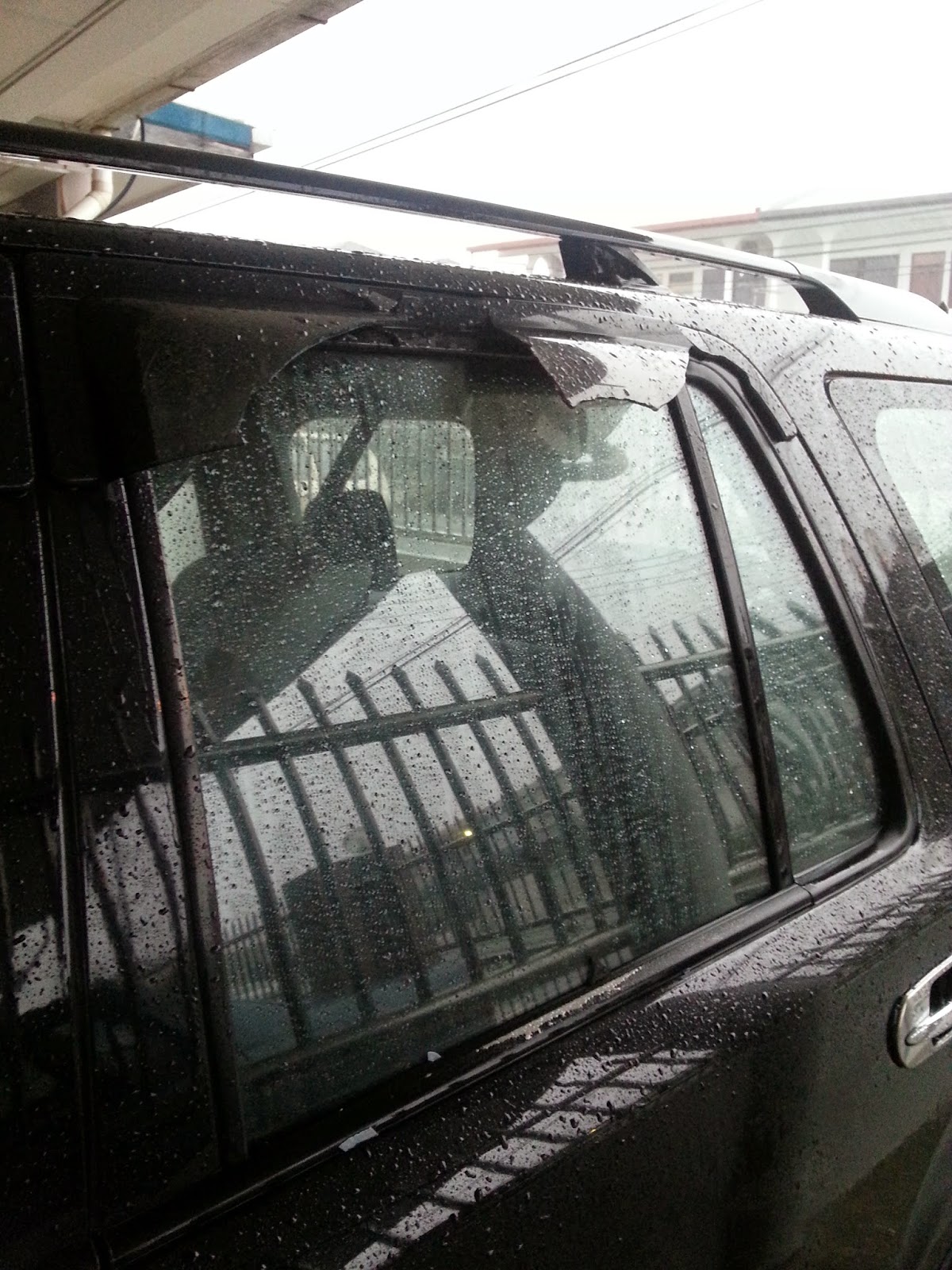 Most of the days we will have warm morning and afternoon and by late afternoon, we got rain or thunderstorm. As usual, within an hour rain, we will have flood on certain areas and caused massive jams. But not every evening we have wet and cold temperature. Like last Friday evening. The weather was so good and cooling after a shower. So we decided to check out this new place in town.

This cafe has been in existence for many months now but I did not read much review on the food. But that did not stopped me from going there. Thought the outlet looks decent to me from the road.


De' History Cafe is situated at one of the busiest road in city area and it is the corner shop behind the Petronas station. It is next to T-Time Coffee Shop. That night we were contemplating whether to eat at McD's or this corner cafe. In the end, we decided to try out the new place. Never try, never know, right? The worst, we never come back for it.

I wonder why the name as it was not aptly named. I don't see much decor signified the name other than the wall poster depicting the old corner shophouse but I guess name is not so important. It is the service and food that attracted you. 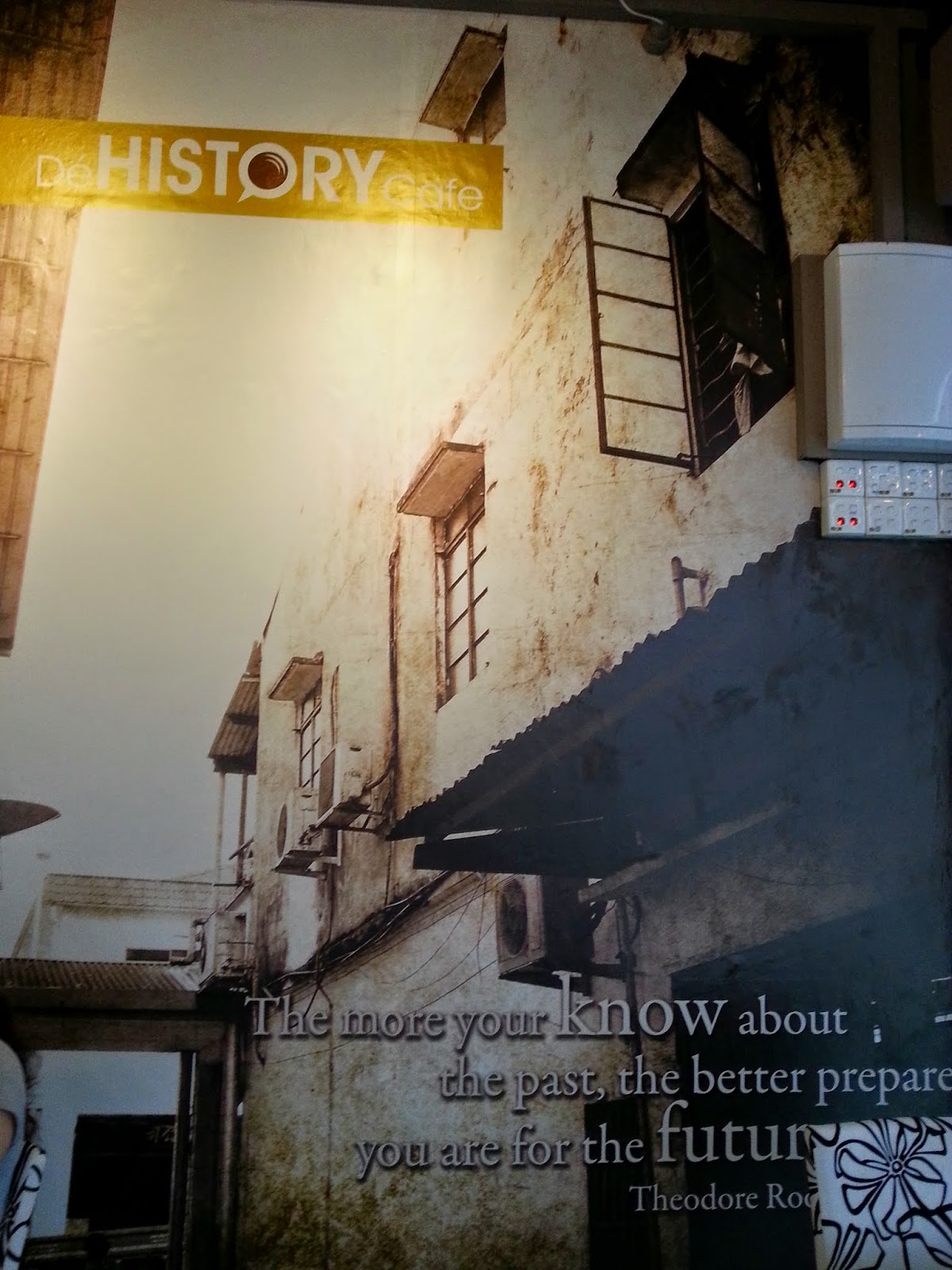 We were the early birds in the evening so they gave us their full attention. My only complaint was they should have baby chairs facility. But it was alright as SIL and I took turn to carry Jamie while we were eating.

Let's get on with our food. 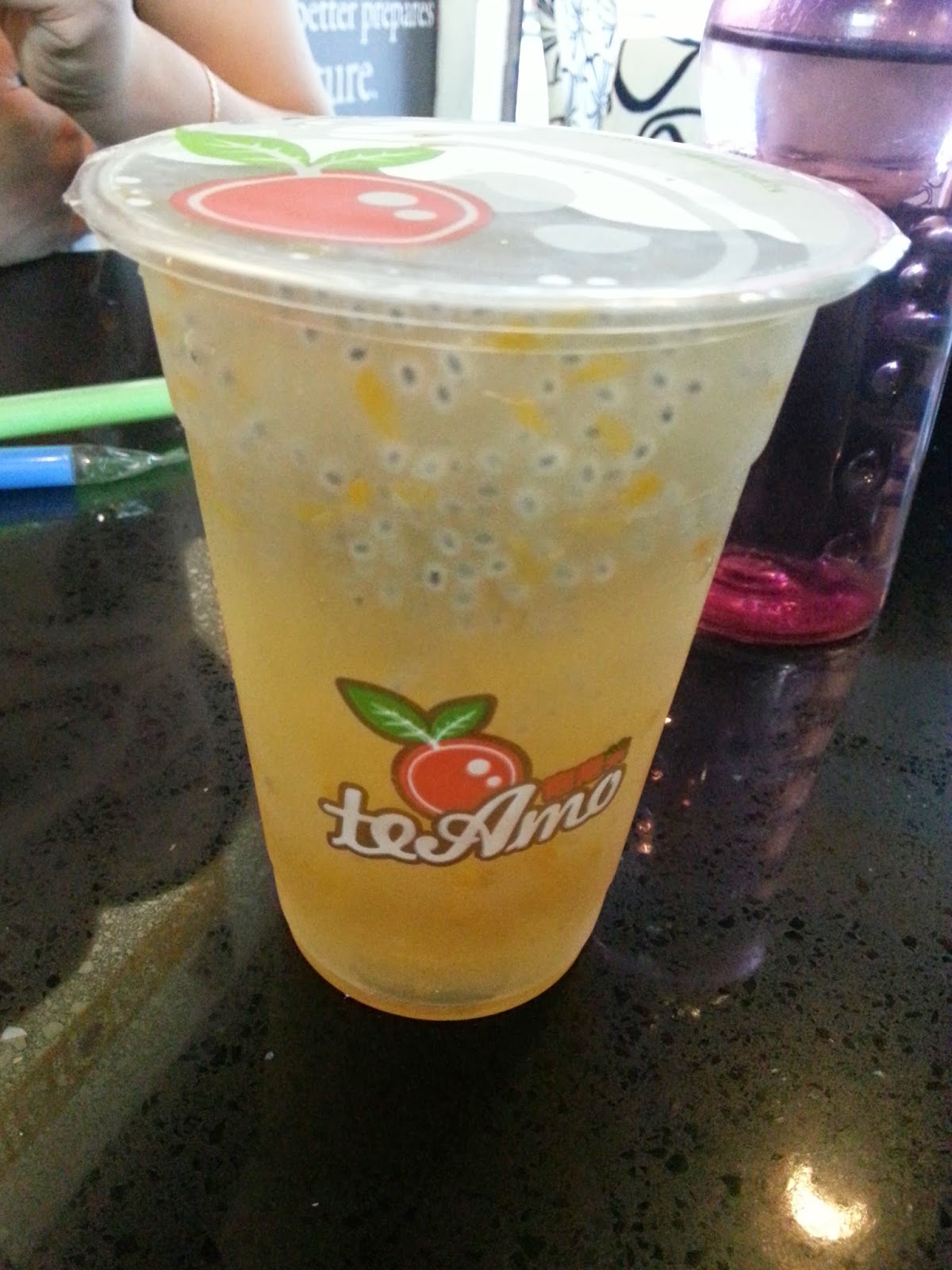 I had its History Orange. Not your normal orange cordial. I liked it!

For dinner, I tried out its lamb chop rice in basil tomato sauce. Hubby would enjoyed this sauce. It was alright to me but they should gave 2 lamb chops instead of one. One chop was not enough! I did not really enjoyed the salad underneath the lamb chop. I would prefer mashed potato or some vegetables to go with the dish. Could not expect much for RM13.90, right? 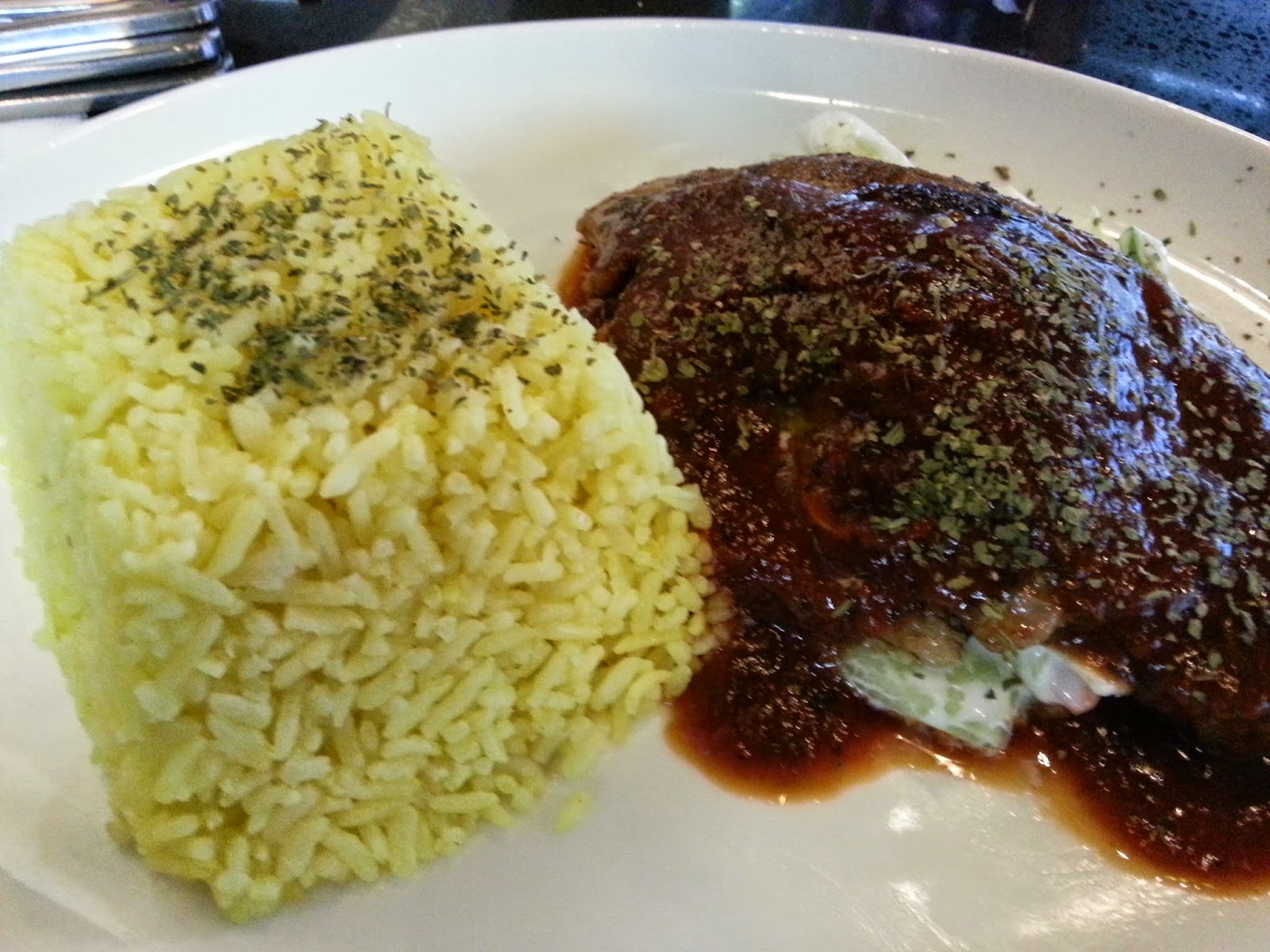 The kids had its fish fillet with tartar sauce (RM15.90). The fillet was was good I had to admit. Dry and crispy. The kind my kids would enjoy. 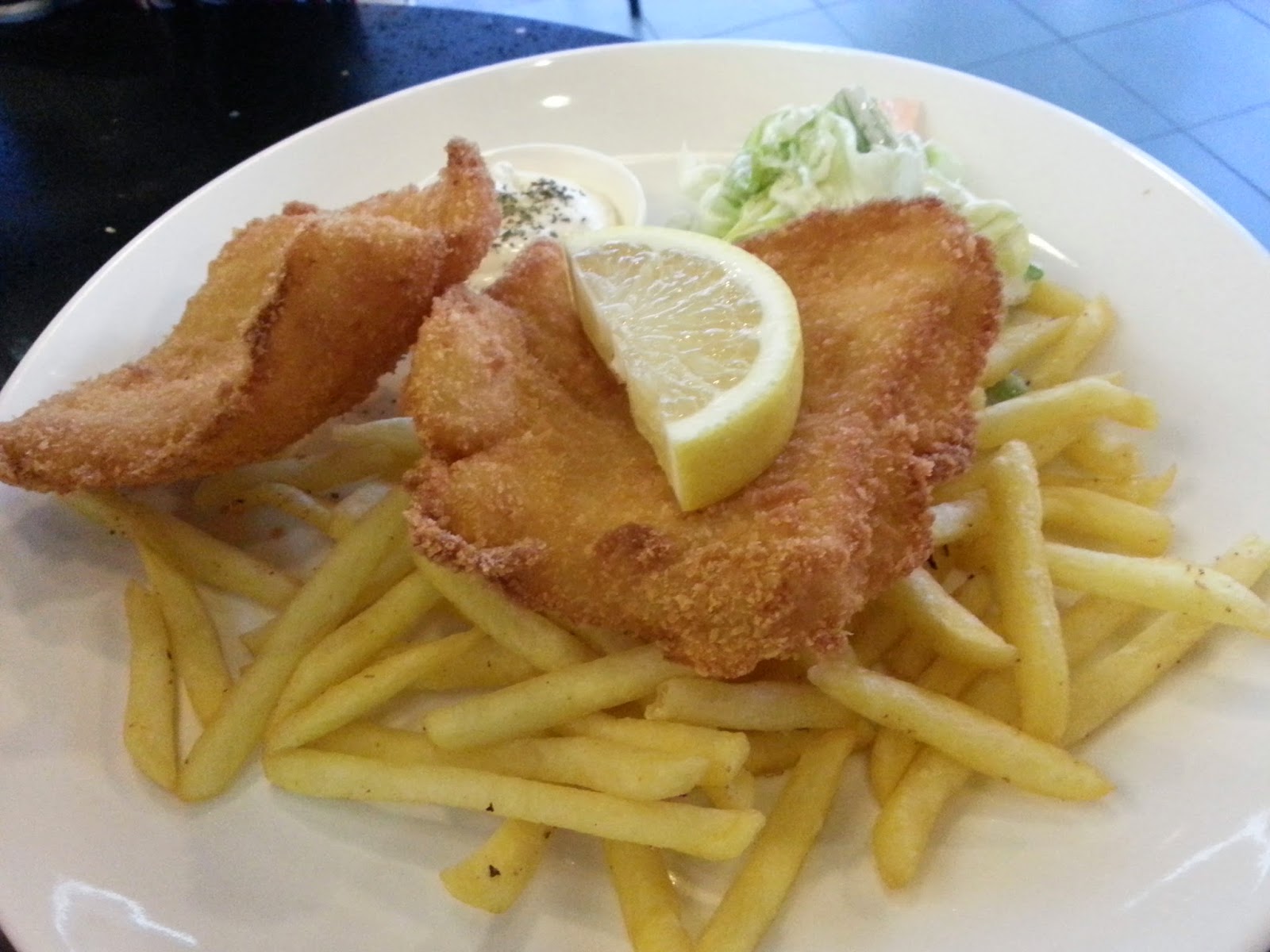 My sil ordered The History Burger, which turned out to be interesting dish. A chicken burger with charcoal bun. 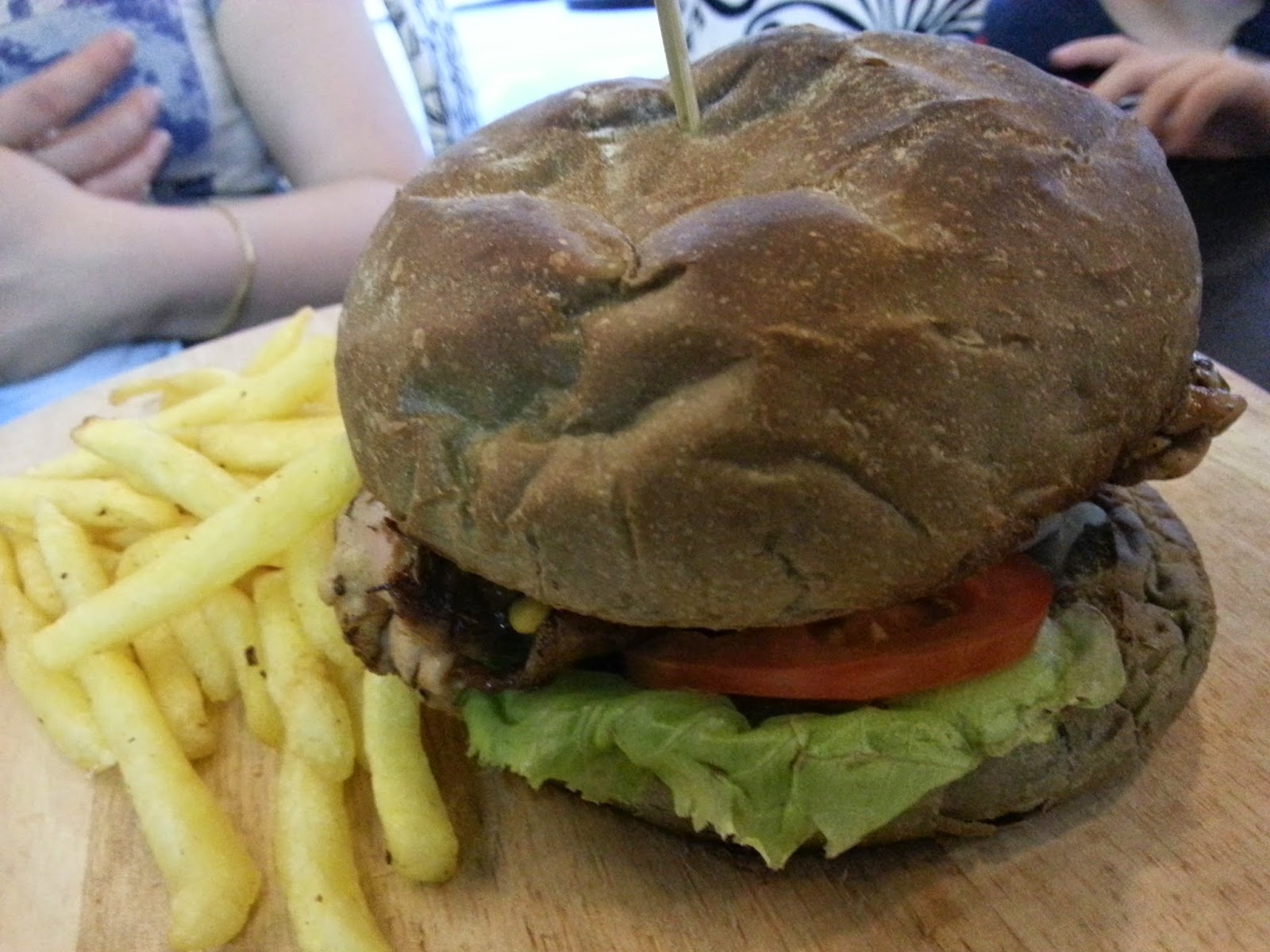 I thought it came with potato wedges which was my favourite but it turned out to be pineapple chunks! That was an unique ingredient in burger! RM13.90 for this burger! 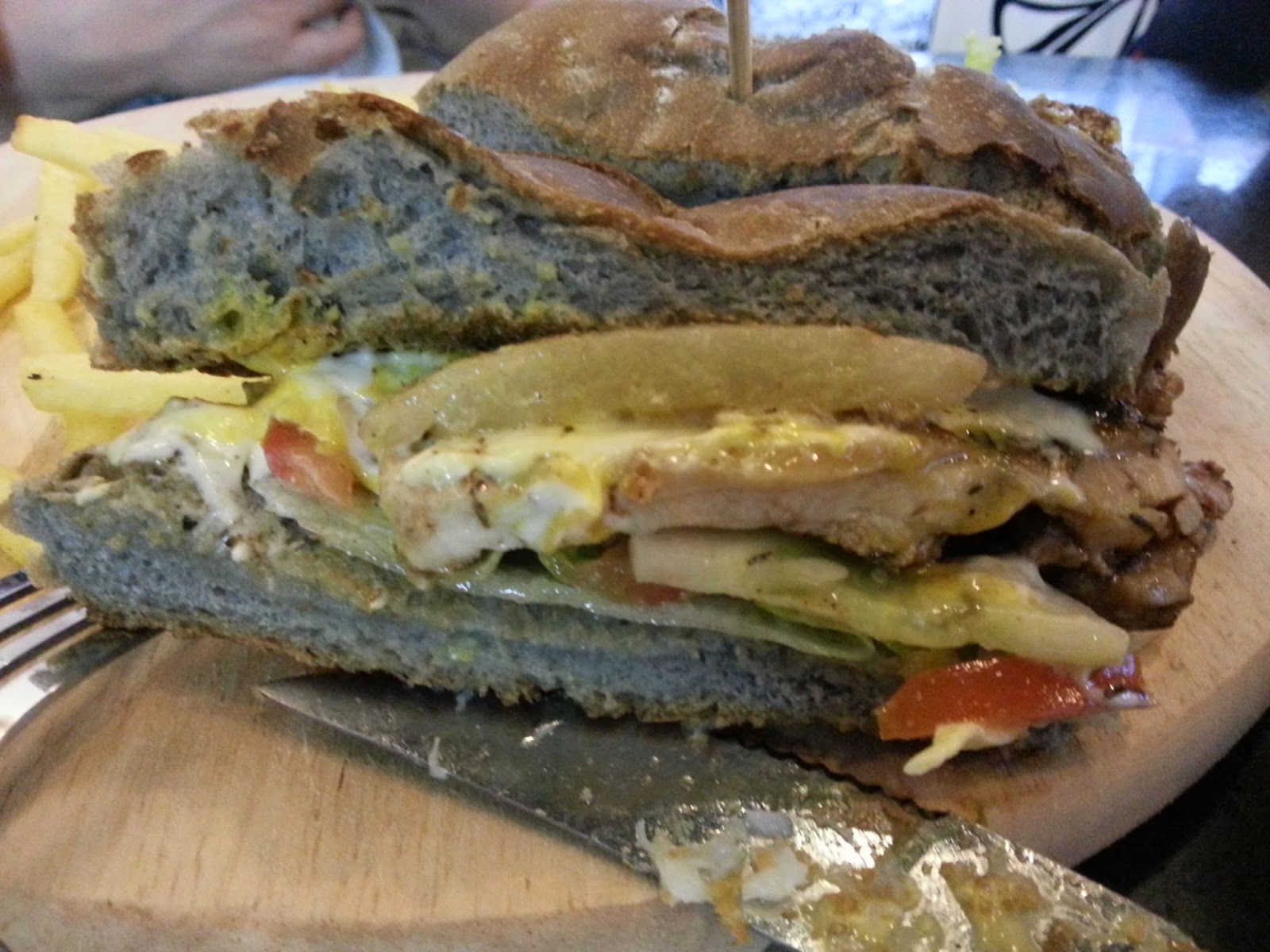 Okay, this place will go down in my book of history as I would not be going back there. My bil has been jokingly saying I am currently on food hunting and tasting around Sibu. Putting my mark all over the places.  Good food under book of recommendation while bad ones in the book of history. Lol.

I think I had enough of Western food for now. Am going back to home-cooked or local dishes soon. *wink*

Saw your posting in FB...

What a narrow escape for all of you. Luckily the car was not badly damaged.

Most importantly all of you are fine.

I love pineapple in my burger especially with chicken meat.

Whoa..that is scary. Glad you're alright!

Oh dear, that's quite terrible, but glad that you were ok!

It's been raining heavily too in SG. I guess the rainy season is coming back. And , that's really an interesting burger.

Thank goodness your girl did not get hit. I have goosebumps just thinking of 'what if...' Haih..

I hate these mid-afternoon storms...especially on Friday as my girl would be coming home from her jungle school and I worry for her safety on the road. I don't like it on Sundays either...as that time, I would be driving home after sending my girl back. Other days, ok by me...as I would be at home, very homely lah...me! LOL!!!

Sure glad nobody got hurt, that's what matters most.

Ok, got the hint. I would not bother checking that place out then - would rather go next door. Cheaper and nicer - my blogpost today.

gosh...lucky for the few minutes difference.....

Luckily both of you were safe and went out before the hit. That's why I'm so afraid when heavy rain especially when we are stucked in the car.

You are going to miss Sibu after this. Embrace the moment while you are still there. 😀