﻿Used to come here for breakfast when hubby worked in Kuching. The food was good and price was reasonable. But those were the days, I guess. 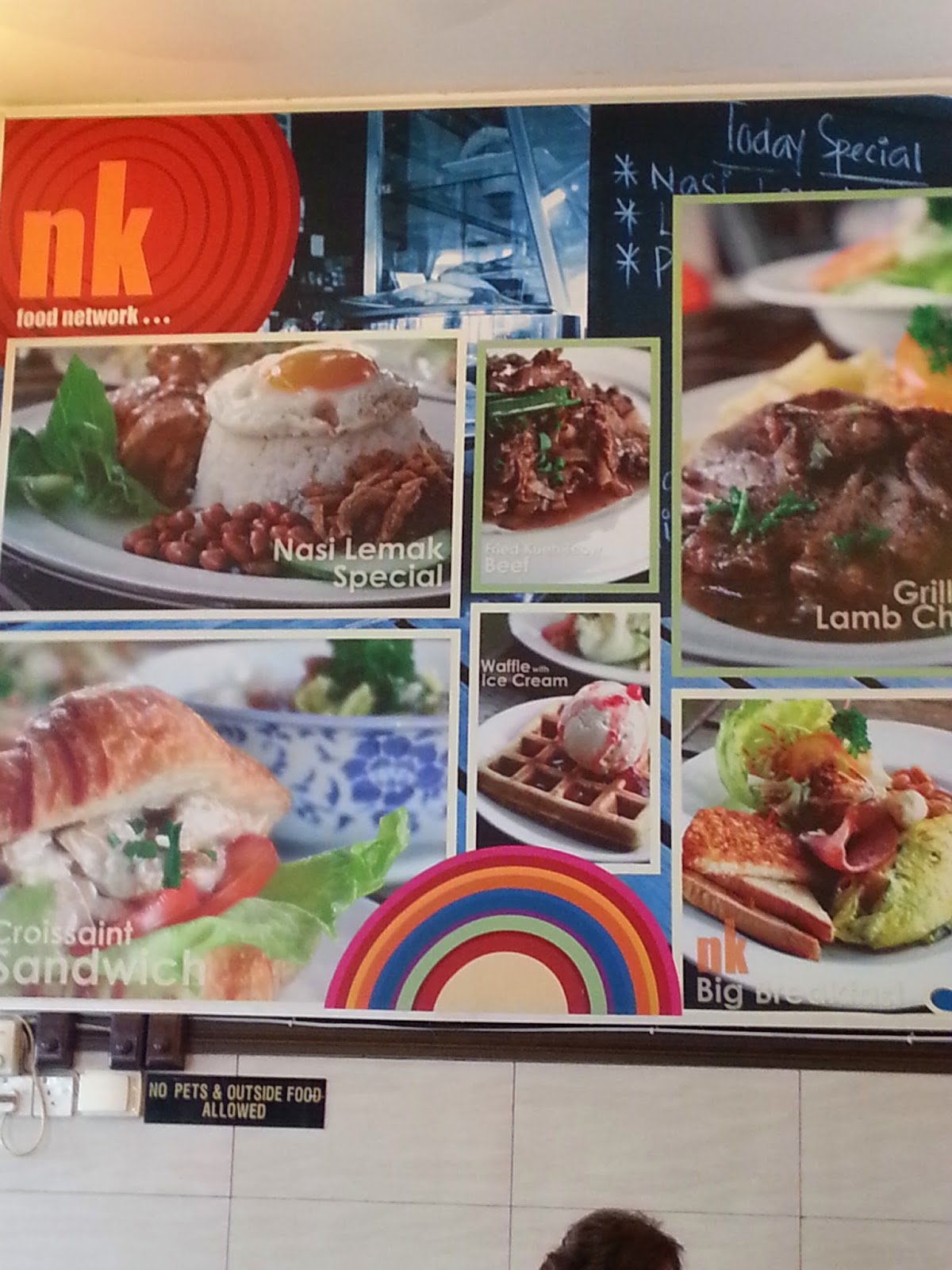 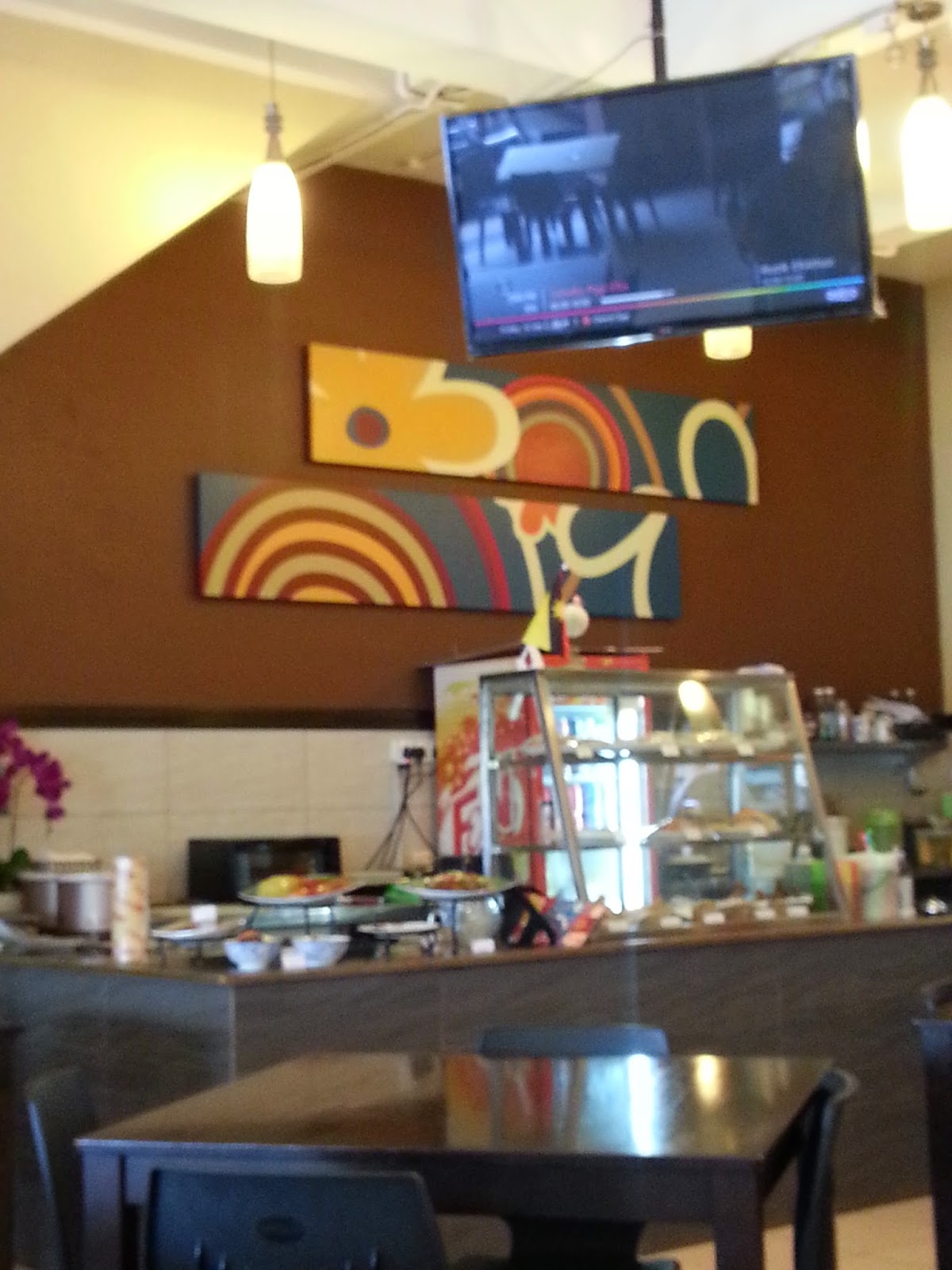 I liked to come here because of its drink.  They served fresh juices and I always ordered its fresh honey lime juice.


The other day, we dropped by for breakfast since we wanted to check on our studio shots in the nearby studio.  The place still looked much the same except most staff were new.

My princess had its kaya toast, which she finished up in no time.  Must be hungry as we ate our breakfast around 9 something that day. 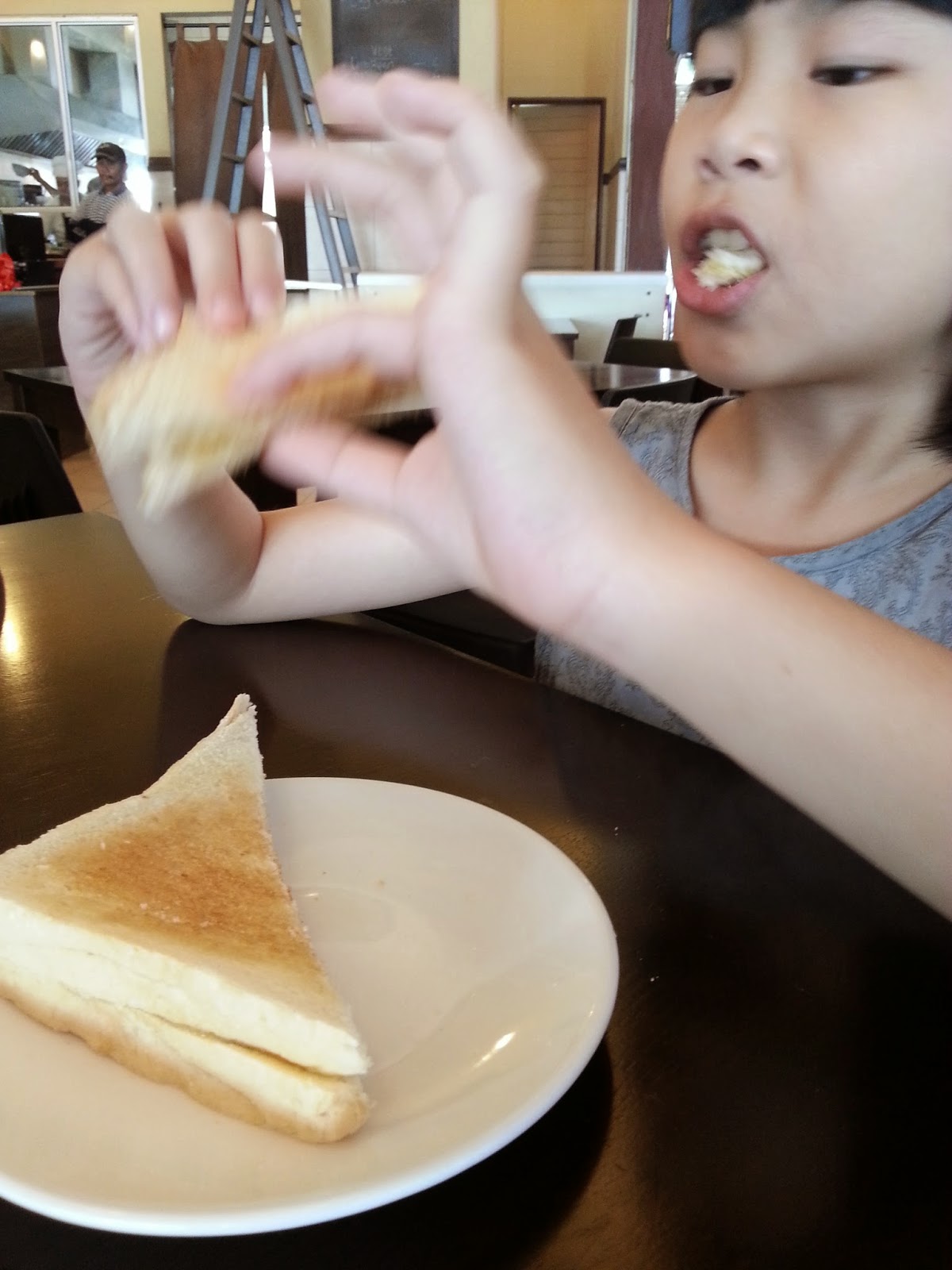 Hubby had its usual breakfast, the NK Big Breakfast.  Not so nice anymore.  He used to enjoy it a lot but now he complained they did no longer served chicken ham but chicken sausage.  He is never a sausage guy. 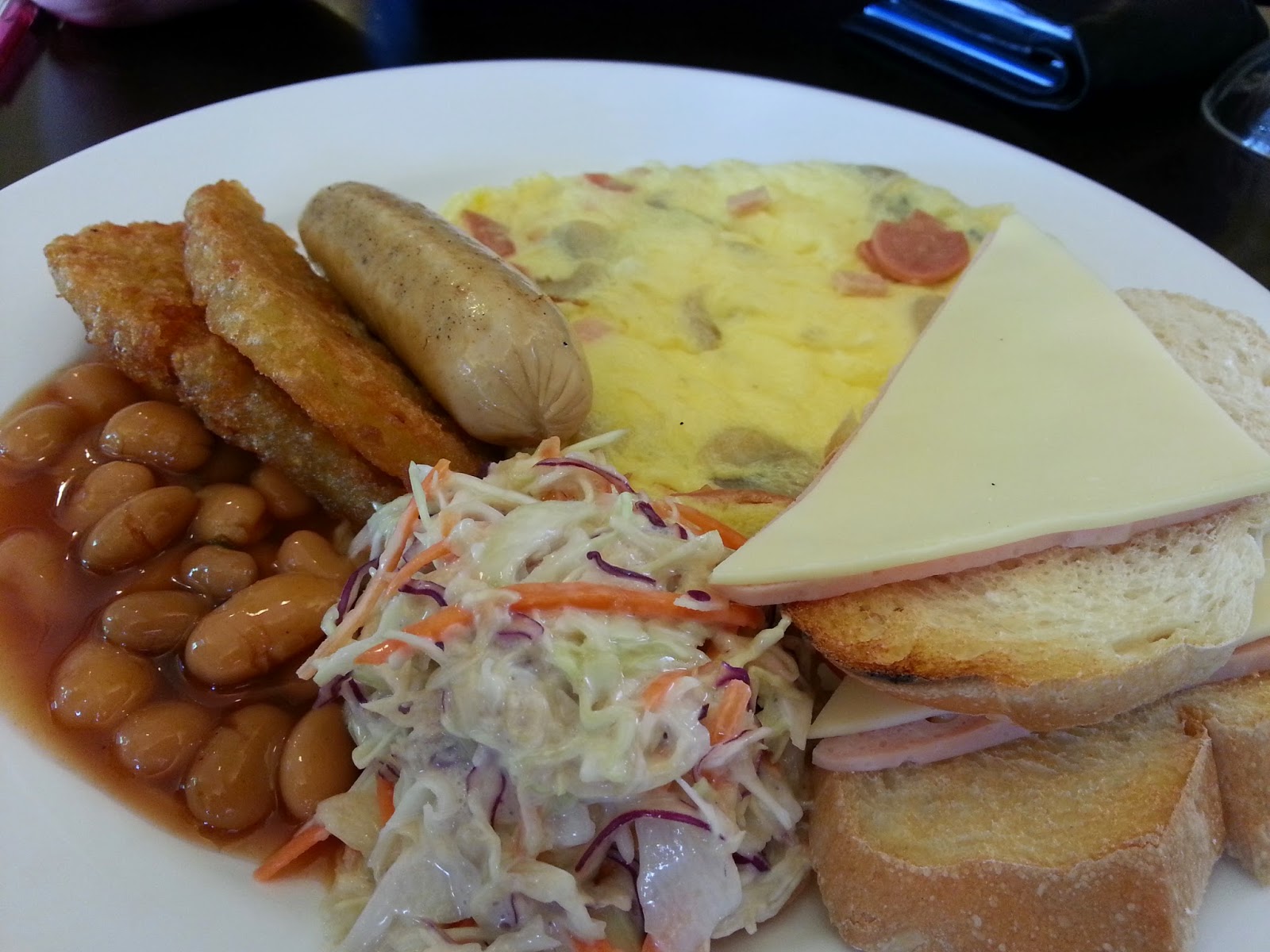 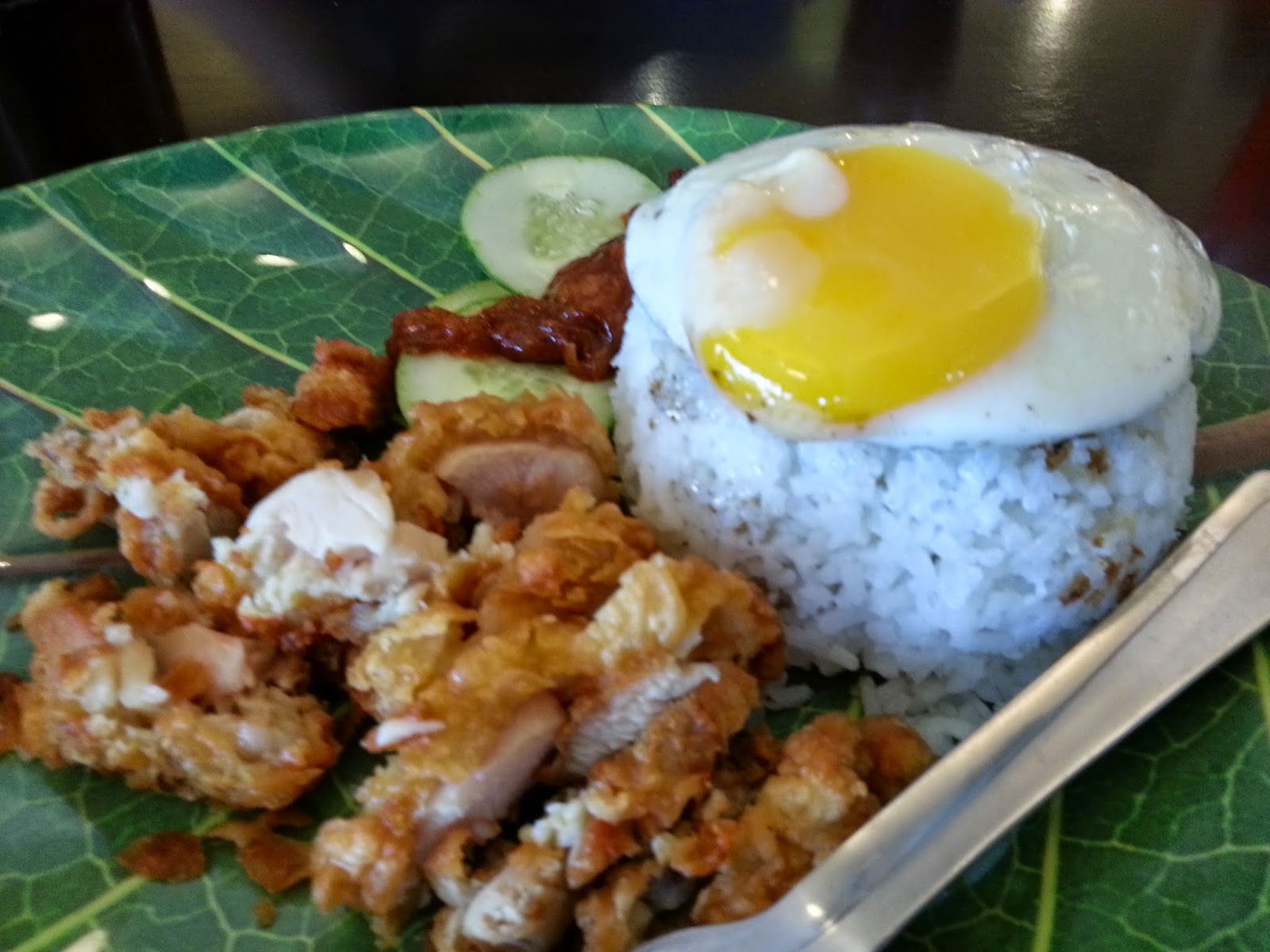 The boy had its chicken kolok mee since the food he initially wanted (i.e. waffle) not available that day.  He finished half while Jamie had few spoonful of the noodle.  I think I will like the authentic Chinese kolok mee more!  *wink*
﻿ 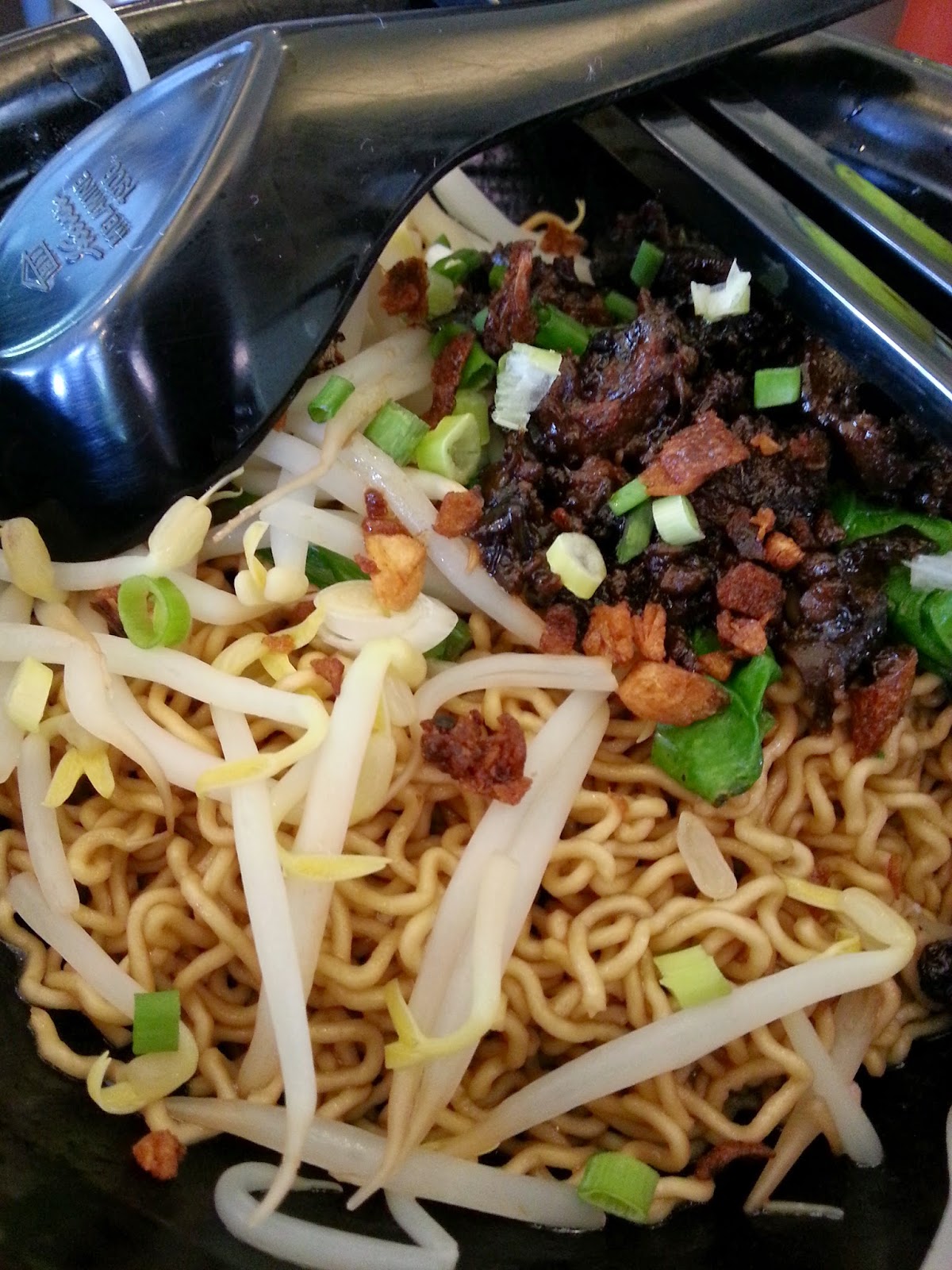 Alright, that wrapped up our Kuching holiday's food adventure.  It﻿ was a wonderful one week stay in Kuching.  We did not go to many places; just relax and eat the food we wanted to eat.  Planned for a night stay in Damai Puri but last minute, we cancelled the booking as hubby was called to attend a meeting in Kuching branch.  Otherwise we would have a complete itinerary of our holiday in Kuching!

Hmm, agree with you.. I prefer my nasi lemak to come with a big fried piece of chicken, not cut up pieces too.. So your hubby didnt take the sausage, the kids got to eat it lor.. I like sausages a lot, haha..

Well I guess there's a change of staffs especially the chefs. It happens everywhere.

Must have been disappointing that the food quality is not as before. Hate it when that happens

The chicken wing portion looks big... well,cut up or not, the meal looks good.. :)

You should have visited Aunty Corner instead. They served fresh juices with cheaper price.. hehehe.. the food there is generous in portion too. :)