No need to crack my head so much thinking where to bring my kids for "makan". Any time they can eat their favourite food and they are not bored of it.

Brought them to Sugarbun for a plate of broasted chicken with savoury rice the other night. Their faces lighted up when I told them that we were going to Sugarbun for dinner. 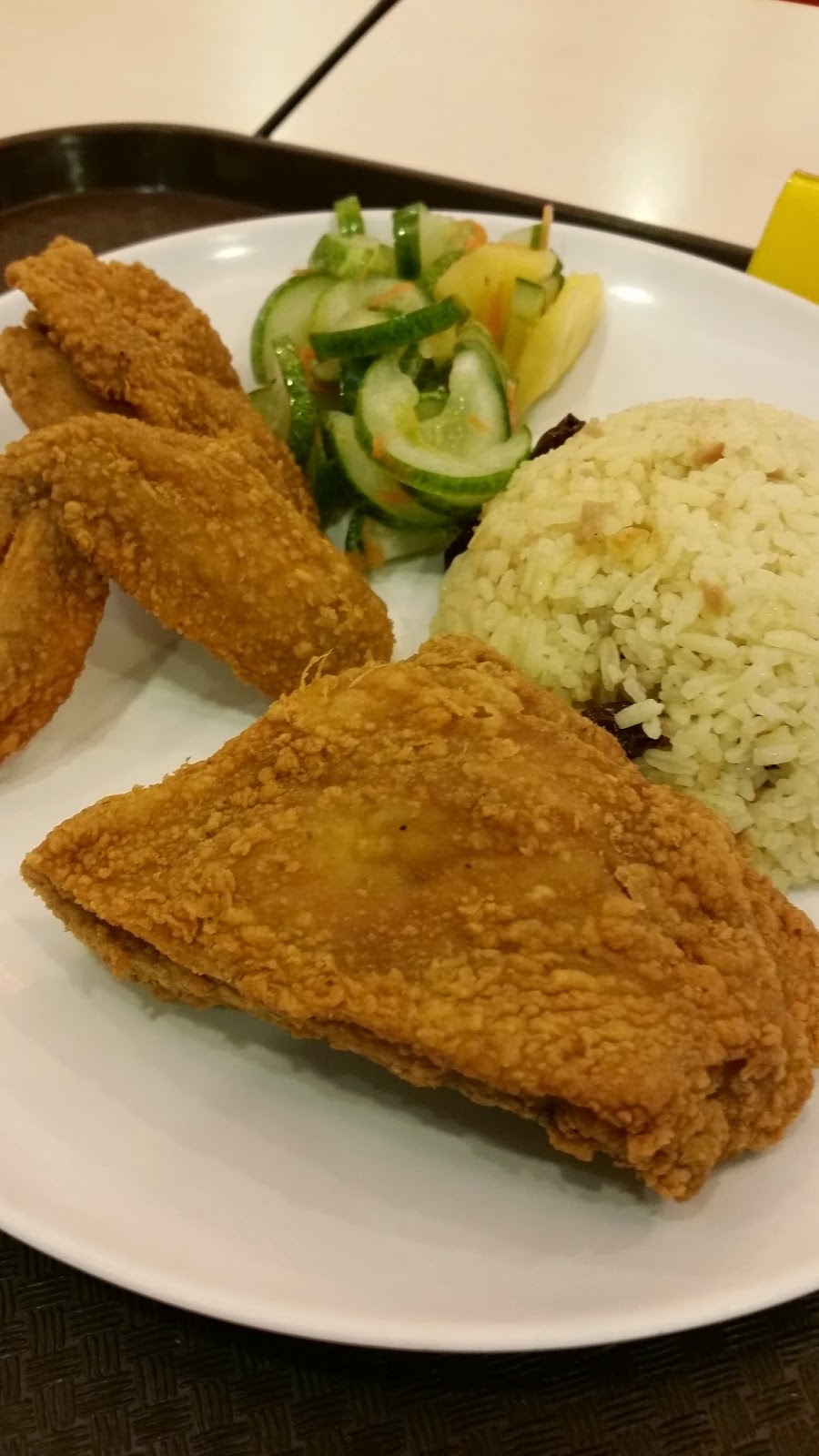 They like its savoury rice and the not-so oily chicken. That night I had the fish and chip instead. I like the dish. Much better than the fish & chip at this cafe. 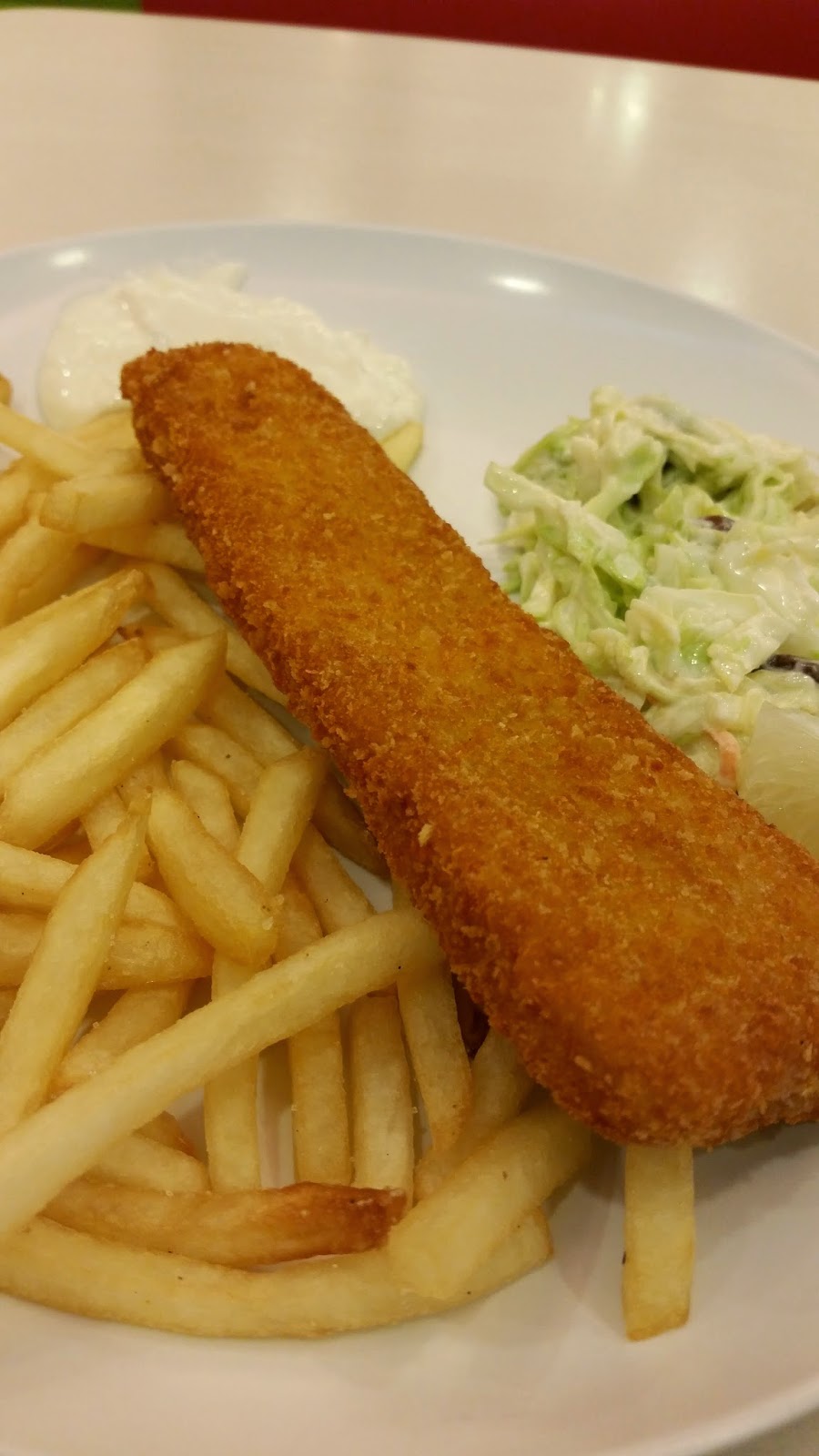 Used to be good but in our recent dining, I found its fish coating too hard. I want a crispier batter, not too hard that everything break when in touch with knife. 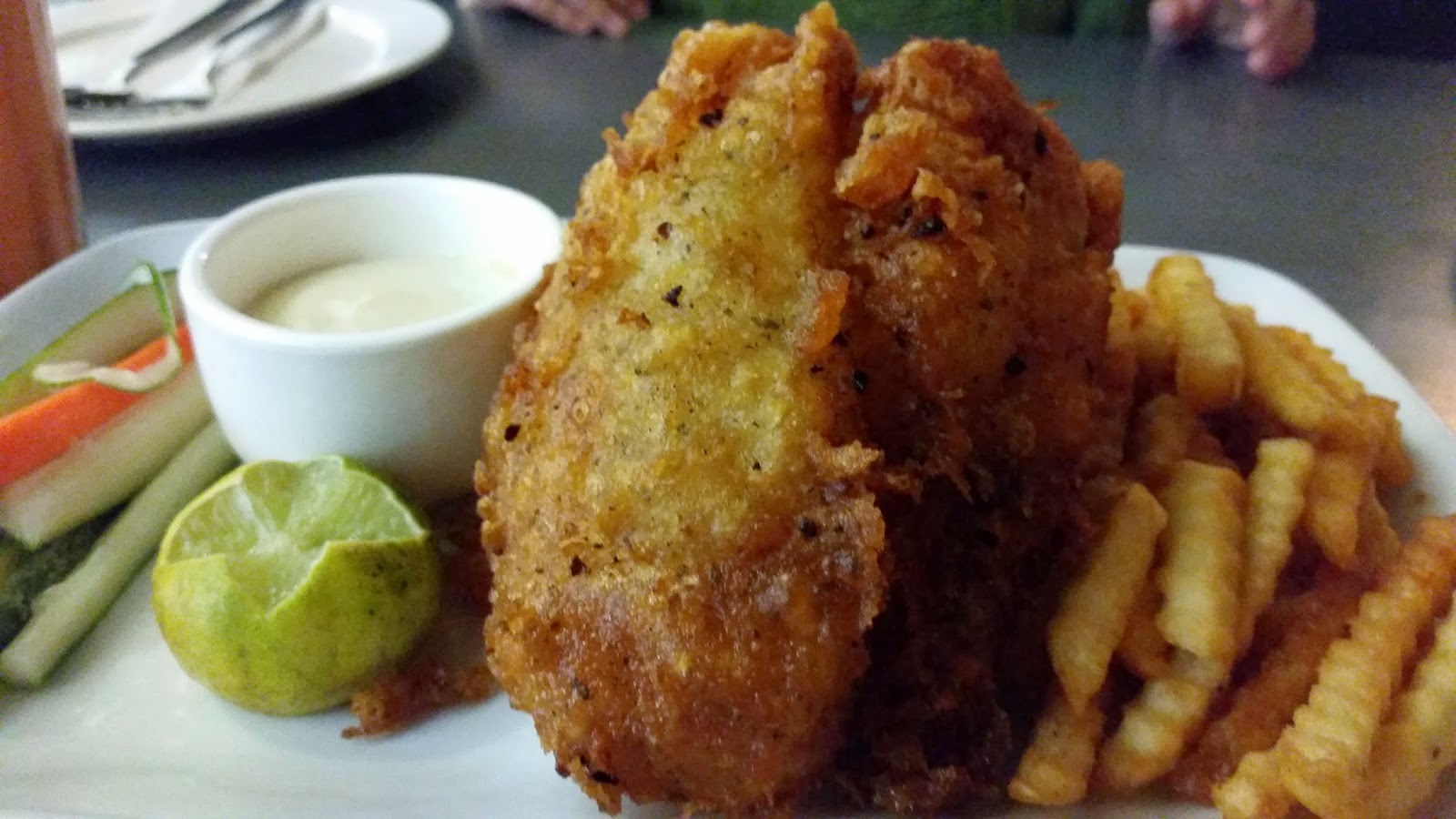 That day I went for its grilled chicken in brown sauce. It was alright to me but somehow the shredded green accompanied the chicken did not fancied me at all. Furthermore it mixed with vinaigrette so a bit too sour for me. 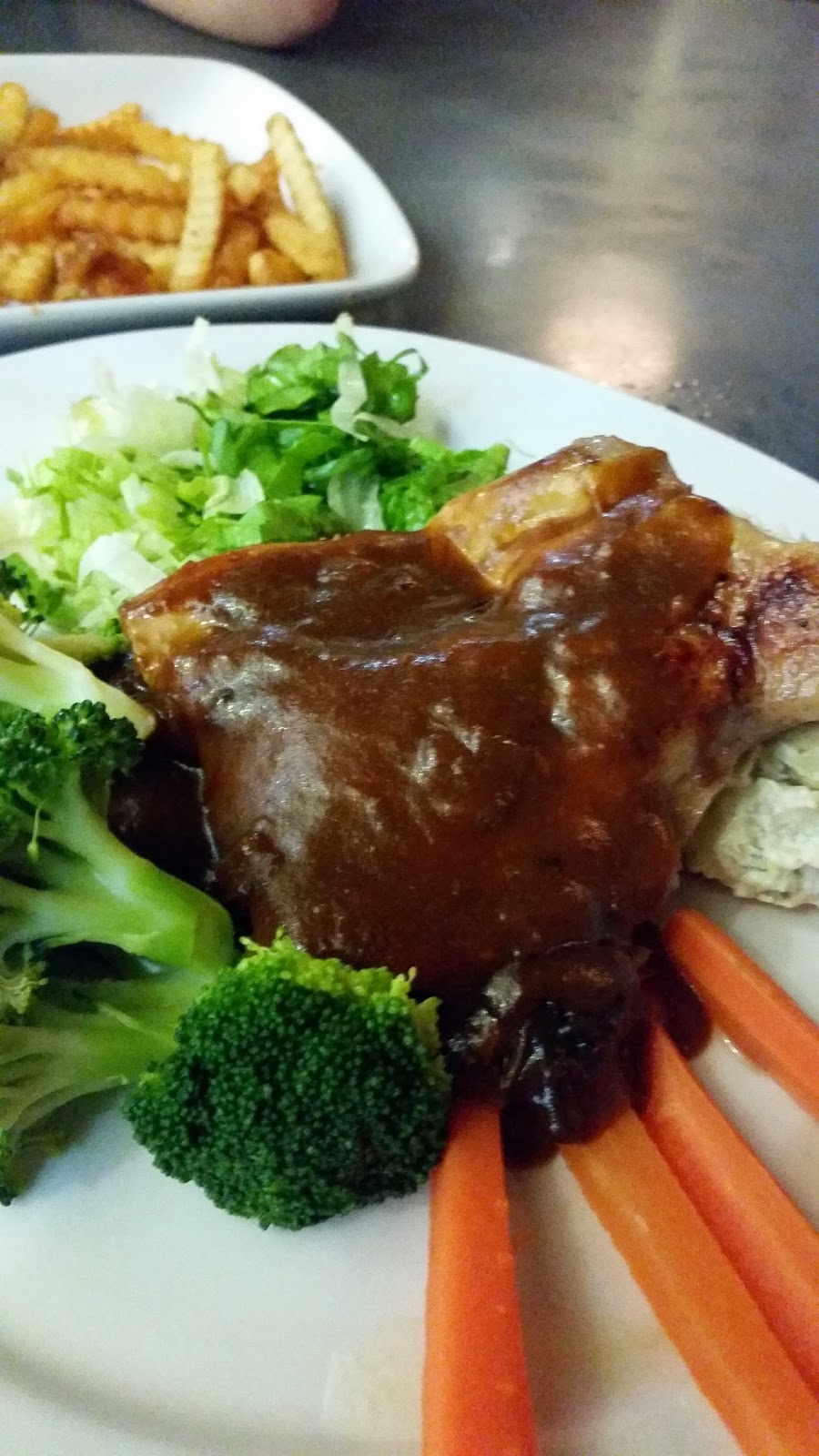 But I like the soft potatoes underneath the chicken that they made here. I think they added some tuna to the potatoes so it was rather tasty. 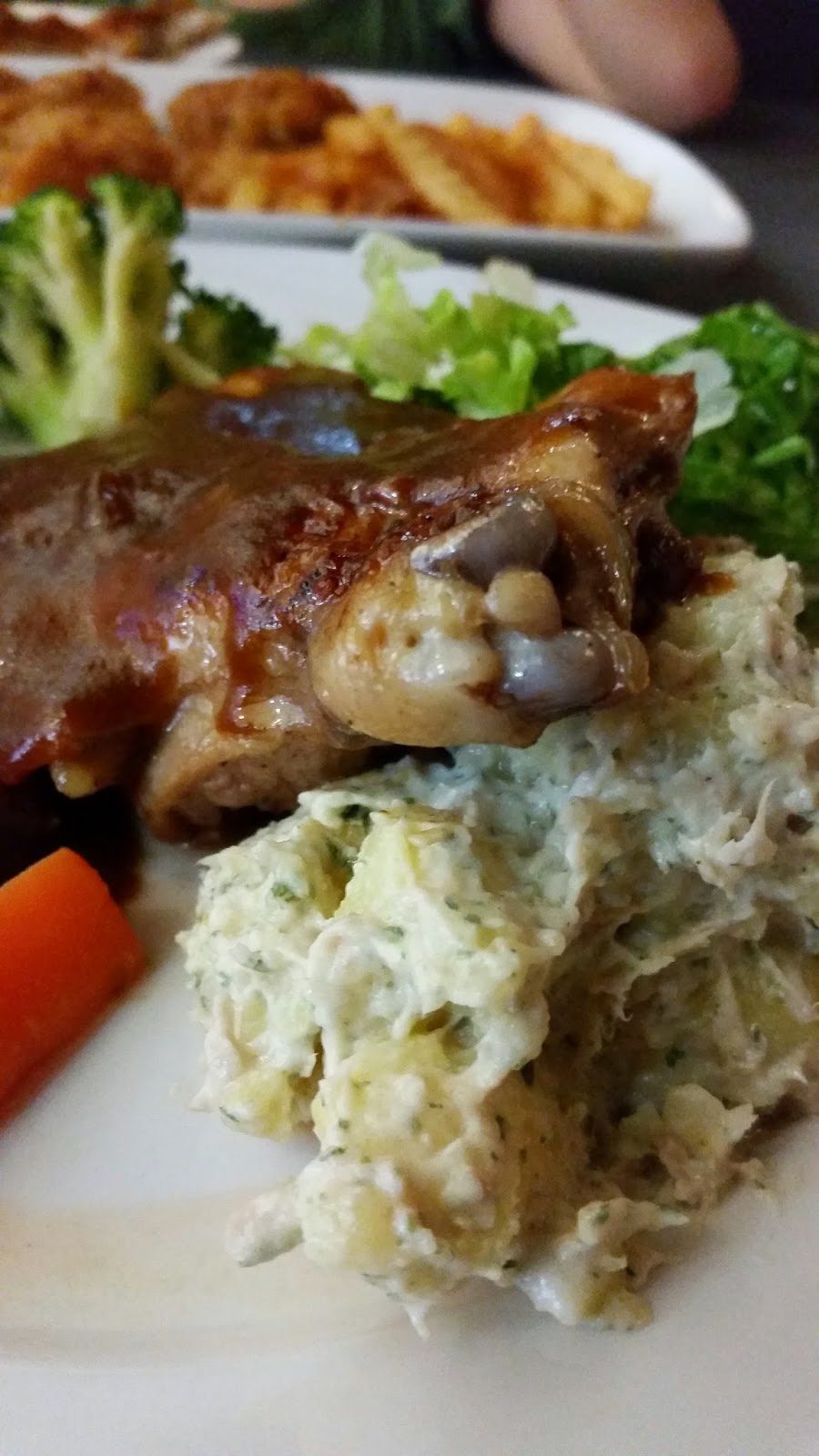 What chicken was that? Looked good, sure would want to try.

The fish is good, my girl would eat that with their savoury rice. We love it in the hotdog bun too, their fish sandwich...real fish texture, anytime better than McD - the fillet like rubber.

Sugarbun fish burger is the best in the world! and its savoury rice, my favorite too. :)

See the chicken makes me think of a Fried Chicken Chickaboo which i have not tried yet...

Sugar bun.. I always have some problem with their 'customer service' in Kuching.

I am fish person so I'm sure I'll like the fish here but must tell them dont coat until so hard lah :)

All my favourite food especially the fish & chips.. Nothing can go wrong with fish & chips with LOADS of tartar sauce, yummmzzz...

You mean the last pic? Grilled chix with brown sauce from Cafe-Cafe. Not so great but you can try.

I love to dip in tartar sauce too. Not so with chilli sauce or ketchup.

I grew up with Sugarbun. ;)

I sure miss SugarBun! Haven't been to one in years *sob*

I find that children usually love to eat Western food. The food here looks quite good.

Reminds me of KFC, yummy!