Hubby was called to go back to Kapit for a family affair yesterday so he took the earlier express out at 530am. Of course he slept in the 3 hours ride. By the time he reached Kapit, it was over 8am and he sent me pictures of the wharf. 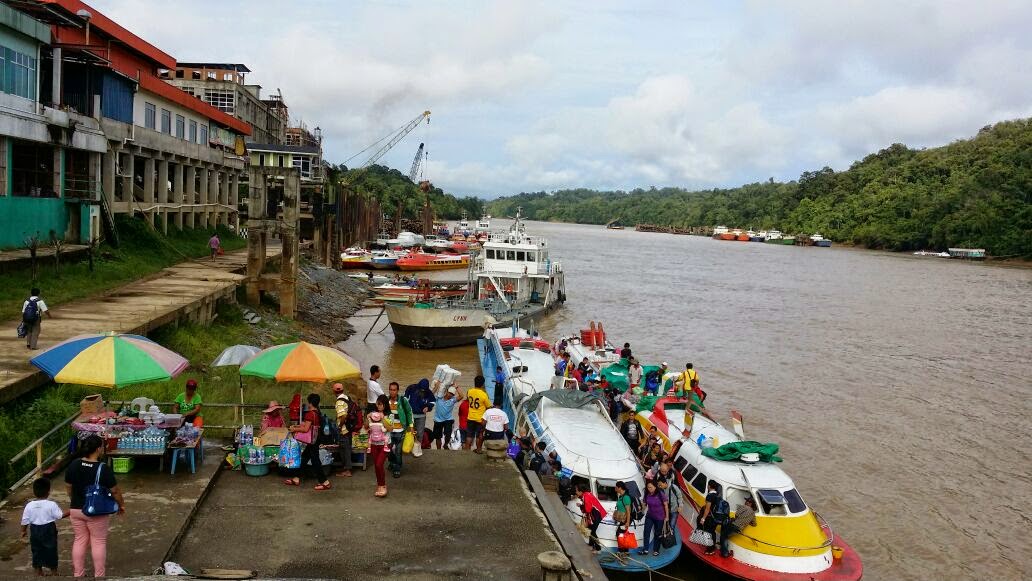 It was still early then otherwise the wharf would be bustling with people and activities.

He did send many pictures back. One of them was this intriguing old wooden Chinese house. It belongs to a relative. I always love to look at old wooden houses since I were young. Not much of these in Kuching now. But there are still some to be seen in Sibu! 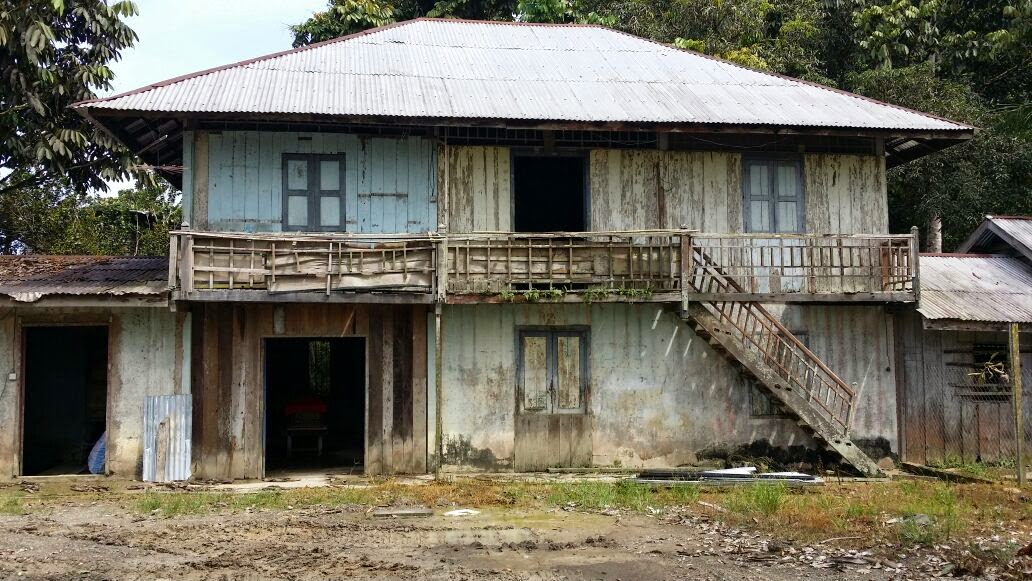 Hubby supposed to just go and back in a day but he could not make to the last express yesterday so he spent a night in my in-laws' house. As of this post, I am actually waiting for my princess to finish her school so we can go and pick him from Sibu wharf. ^^ 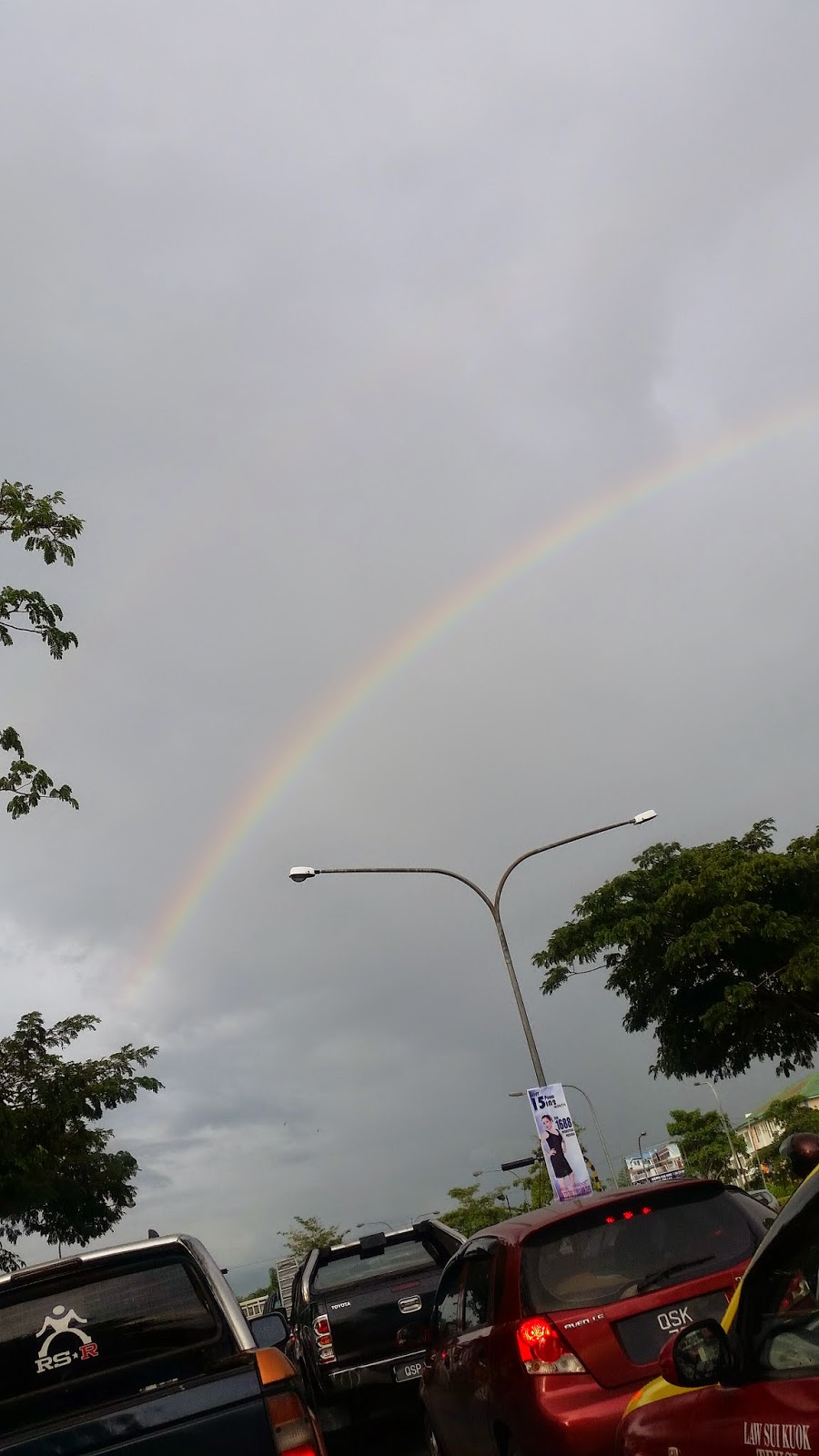 We had heavy downpour yesterday afternoon. Nothing unusual but not seldom we got to see rainbows after the pours. However we got a chance to see one yesterday! And the kids were telling stories about rainbows at the back of the car when we spotted it. 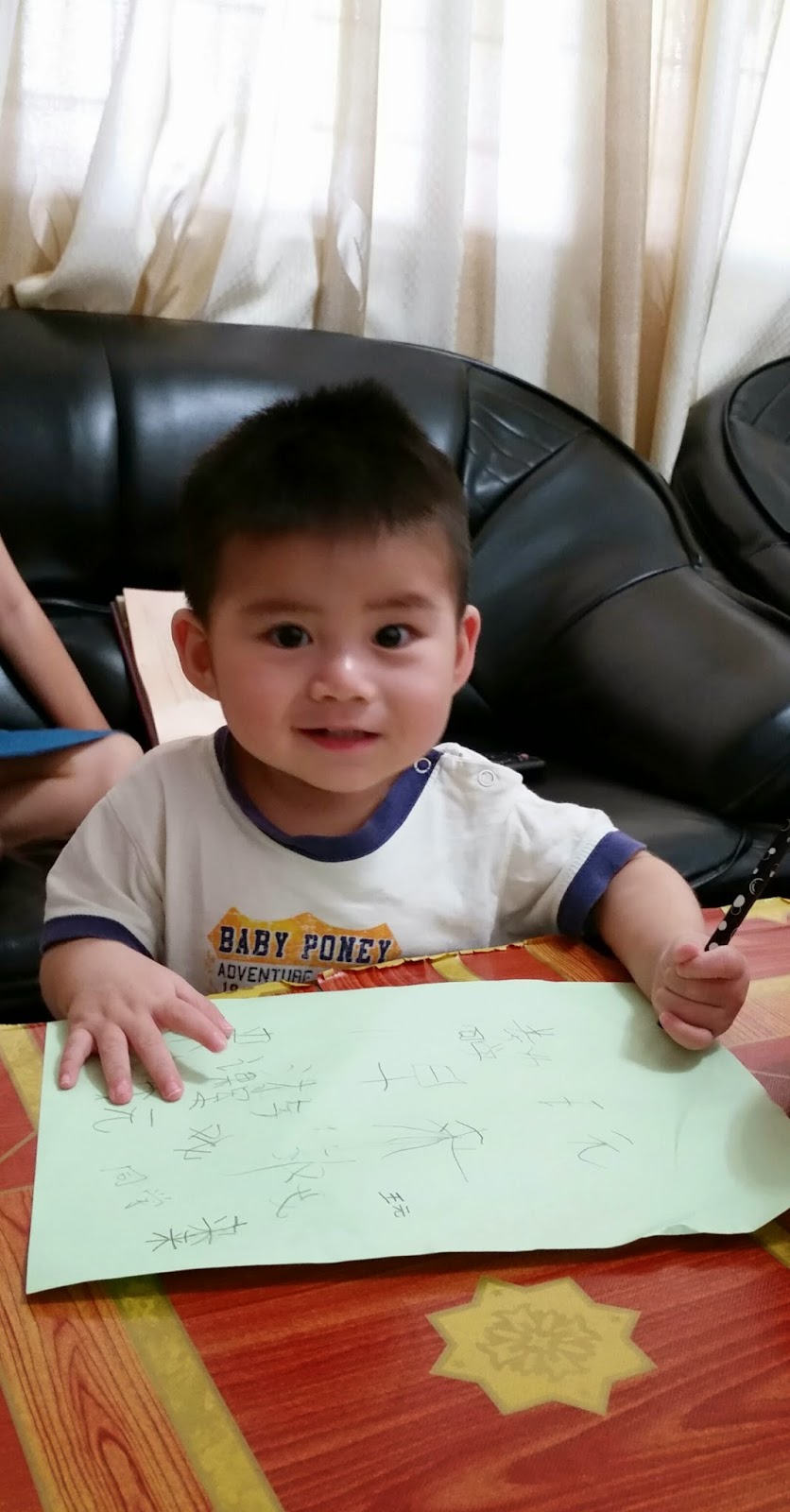 Look at my youngest! He is a writer, I told my hubby. Loves to hold pencil. If he could get hold of one, he will never let it go. He is going to be 14 months old in 3 weeks time.

Oohh, I like to look at old wooden houses too, reminds me of old times, my aunt lives in a wooden house beside the road somewhere in Sg. Besi, KL..

Your youngest looks so bright-eyed and handsome! keep it up boy, soon u can even open up ur own blog! :D

Your baby looks cute when holding a pen. Looks like he's a left handed.

So fast!!! I remember his full month, I was in Selangau at my girl's school and could not go for the mee sua. Time really flies!

Thanks for sharing the photos of Kapit...

Jamie is such a handsome little boy. Can you please show us what he wrote on the paper?

Is anyone still living in the wooden house? It is always nice to see rainbow in the sky.

It was actually Jay's Chinese words for dictation. ;) The pencil Jamie hold was not sharpen.

No one stay there as everyone move to a newer house.

Oh, so Jamie is pretending to write on his kor kor's book.