Continue our day out post. While we were in Phuket, we also covered 2 well-known temples in the island. Thailand is the world's most heavily Buddhist country and so it is not a surprise to see so many Buddhist temples within walking distance around Phuket.


Wat Chalong which built in the 19th century is the largest in Phuket. 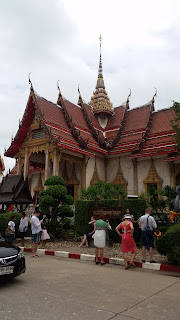 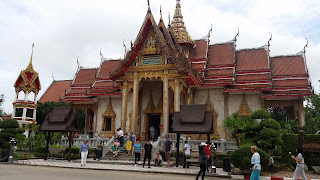 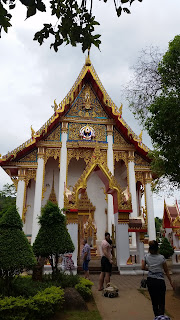 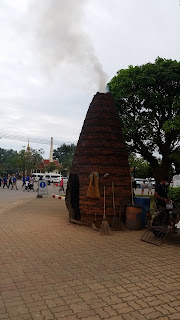 For burning firecrackers for good luck 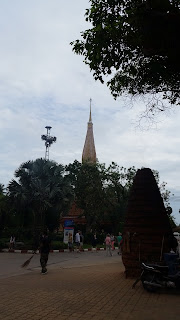 Next, we visited the Big Buddha temple on the peak of Mount Nagakerd.

As we reached the top, Jamie dozed off so I stayed with him in the van while others continued their tour. I did managed to see the Big Buddha while on our way up. 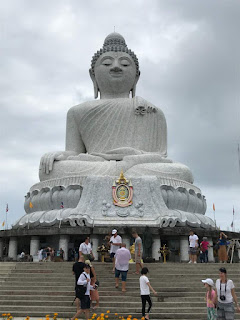 Hubby took few photos for me to see. 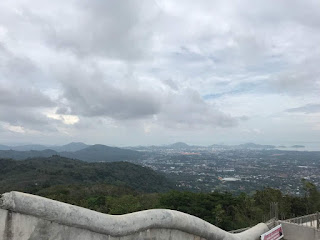 View from the peak

Thanks for sharing the photos of temples. The big Buddha looks so grand.

That's one thing I remember of Thailand, other than the food. Temples, temples...and more temples. :D

There are some real beauties here.

Never been to Phuket for a long time now... I like to visit Thailand some day...

I haven't been to Phuket yet. Looking forward to a visit soon!

Oh yes we went to Big Buddha too but yet to blog about it. It has been over a year!

I have been to Wat Chalong. The Big Buddha is impressive and so tall. I must visit this place in future.

What a beautiful temple. Thanks for sharing the photos.

The Big Buddha reminds me of the one at Lantau Island.

I love visiting temples. It is beautiful and serene to me. The architecture is stunning.