Call me silly, but for the first time in my life, I have stepped into Perpaduan stadium in Petra Jaya last Sunday. Not for some badminton games or other sports, but for our church mass gathering. A big Methodists gathering for over 10 Methodist churches in Kuching. 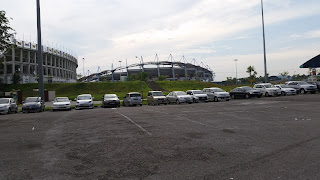 It wasn't hard to find the stadium. Just  turn to your left after passing the Dewan Pustaka and go straight. You will see the 3 stadiums in front of you. No, not the Stadium Negeri (above). 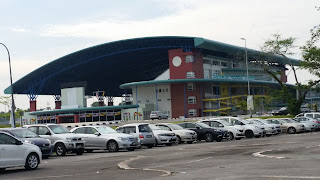 And not the Aquatic Centre (above) but here, the Indoor Stadium (below). 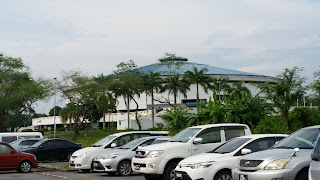 We parked our car at the designated car parks opposite Stadium Negeri and from there, we crossed the road to the Indoor Stadium. 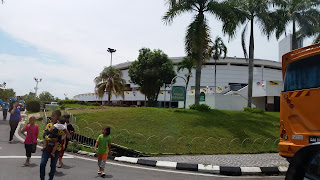 The same indoor stadium where the Celcom Axiata Malaysia Open 2017 was held early this year.

Such mass was the first ever and everyone from different Methodist churches came in forces wearing blue for the occasion. This special Sunday was from 9am to 12noon; praises, prayers and sermons in 3 languages were held. Lunch also provided and handed out when we were at the exit point on our way out.

The kids were thrilled to be in an indoor stadium for the first time. But knowing them, they did not get that excited for too long. Lol.

A very special Sunday for the churches.  Praise the Lord. 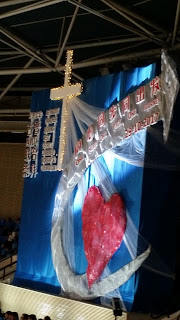 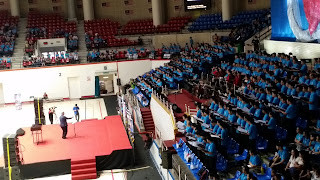 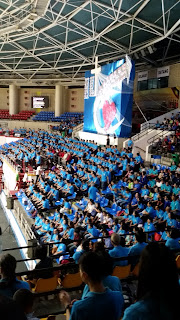 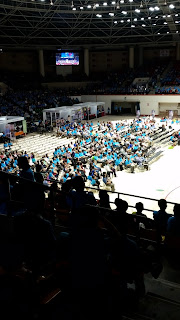 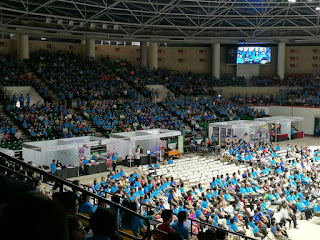 Multiple purposes for the stadium - a good use of space I'd say :-)

Hi Rose, I go Methodist church too here in Ipoh! PTL! You are not silly.. at least now I know how the stadium at your place looks like. :)

Yes all in blue... Kids must be pretty exciting with this time Church event/service.

I remembered that day was smurf topic - also in blue color theme. haha

No, of course not silly at all! PTL!

Great for the churches to gather together as one big family! Nice blue!

Nice! Wish I could have joined you, Rose :D
Always wonderful to get-together in such a big way.

I've never been to a stadium! LOL!

Such a huge gathering. 10 churches and all came in blue. PTL.