Hi guys! I have tons of photos and adventures to share with you. Let's get it started, shall we?? So, here begins my Europe travelogue.


Flew  from KLIA on 5th July late evening, we took a connecting flight in Istanbul to London. It was the start of my first Europe adventure (hope it wouldn't be the last!). Our destination is Central Europe.


Flying time of over 14 hours and covering over 6,500 miles, I found myself in another country in another continent with different timeline and different climate. That day when we landed, everyone was excited yet slightly jet lag. I hardly slept much on the plane. I was in need of a hot shower and body massage! I wonder how could a person get comfy in a long hours flight??

London!  The first destination in our travelogue. An amazing city. 7 hours behind Malaysian time. We arrived slightly after 11am on 6th (an hour delay in Istanbul) and stuck in immigration for more than 2 hours. We immediately driven to our hotel after claiming our luggages.  However it was traffic jam along the way and it took us over 2 hours to reach the hotel.

We spent 2 nights in London, free and easy.  Our travel package actually did not started in London; we were on our own so we planned our own agenda there. However, we were given 2 nights free hotel stay plus breakfast in London.

Ibis London Excel Dockyards was located in Victoria Docks, the Eastern of England. I took some shots of the central London while on the moving bus. 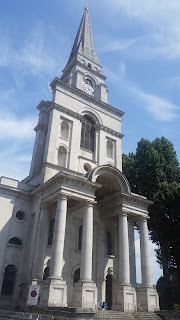 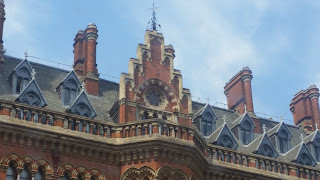 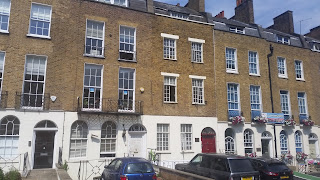 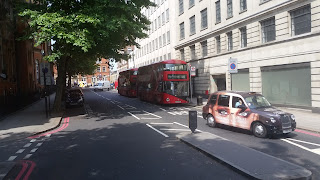 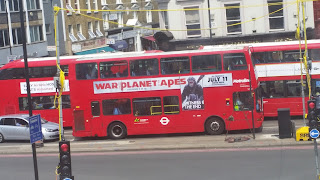 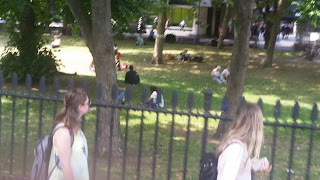 I remember this was my first meal in London. We were very famished as it was 4pm London time and the last meal we had was in Turkish Airlines that early morning.

The weather was not too warm, around 24C and we could felt the breeze while we were dining. 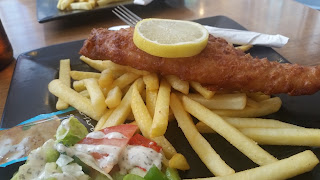 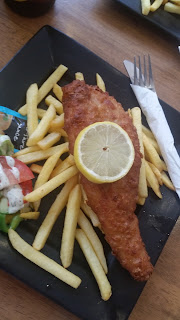 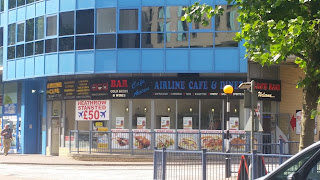 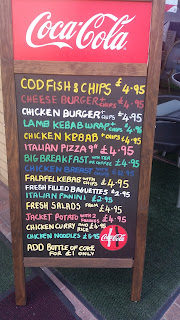 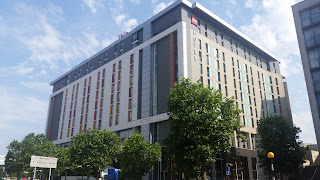 The dock from our window


And check out the view from our hotel room window. It is a dockyard indeed and how lovely was the river. 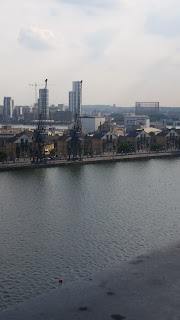 Oh yes, we saw so many old but elegant tudor style houses and building along the way. I enjoyed looking at these houses. 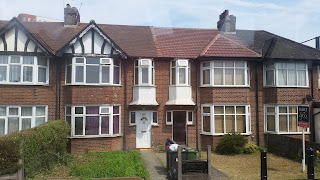 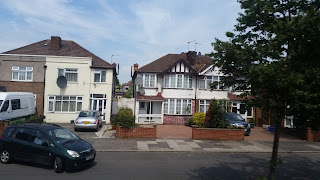 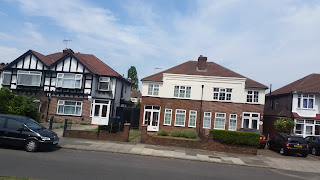 We caught on some sleep and also some live Wimbledon matches after the late lunch. Not going to catch the live matches in the stadium but on tv in the hotel room would do. 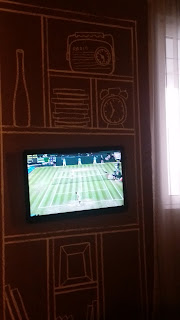 The day was longer here, and how unusual for me to feel the sun even at 8 o'clock in the evening!! Check out my next post on how we spent the rest of our first day in London.

Loves the views from the window...

I can feel your excitement in the post too!! hahaha.. Happy for you.. Looking forward to seeing your pictures.

I am enjoying the tour in London through your post. Looking forward to more photos.

2 nites free stay in London!? That is a superb deal!

I love all the pictures you posted on FB during your trip. Looking at them brings me back to 2006 during my Europe trip with hubby for our 1st Wedding Anniversary. Both hubby and me were almost denied entry into London as we were both young and sporting blond hair and looks like 'bad' ppl then, they thought we will jump plane and curi curi go work as dish cleaner or something..

Anyway, back to you, cant wait to read more about your trip :)

I hear that the fish and chips there is awesome. I hope I get a chance to go there too one day....

I love how neat the place looks, Rose! What an awesome trip for you. ^.^