The good and the bad

After picking up my mum and sis on Thursday morning we brought them to Jade Dragon Temple before bringing them for breakfast in the city. Since we are going to house visiting in the afternoon we decided not to have heavy breakfast. So hubby suggested Mitsu Syabu Syabu. My first time there.

But it was a bad first time experience for me. Service was bad and slow although the food compensated for the poor service I would not want to go there again. Definitely not on a holiday or weekend. The staff did not coordinate and communicate among themselves.

It took us more than an hour to finish our breakfast. And we had to chase them more than twice for our dim sum. Some more they keyed in wrong price by charging RM5.00 instead of RM0.60 for a glass of warm Chinese tea! Gosh!

The dim sum were nice I had to say. We ordered its xiao lung pau (RM 5.50) but in the end we have to settle for another dim sum (RM6.00) because it was too long waiting. Sigh! 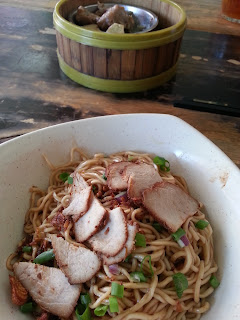 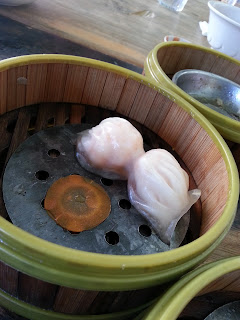 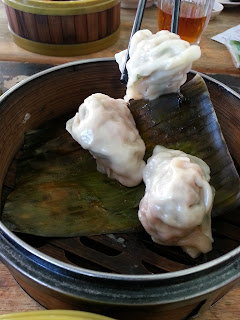 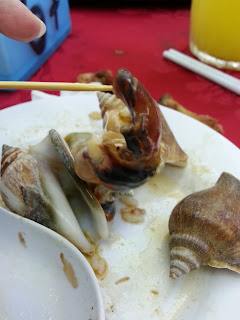 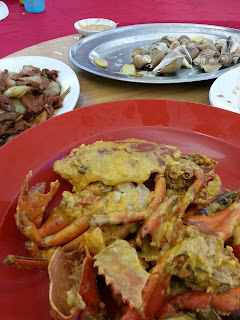 In the evening we went to Hong Fu. As usual, packed with customers. But it did not took more than 15 minutes for our food to arrive! This round we ordered 1kg fresh crab since mum and sis enjoy crabs. And not forgetting the sea snails that I had before. We also had deer meat, Sabah yew chai, crispy pig trotter and fried taufu in minced pork sauce. Total bill plus drink only RM158!

How's the kampua? Don't think I've tried that there. Dim sum's ok, used to be very much nicer...quality gone down already - everybody says the best in town is at Good Happiness Restaurant (Sibu bus terminal area. Hong Fu has dim sum too in the morning - cheap! RM10 for 3 "lau" (storeys)!

I love dim sum but can't take much..

I seriously hate the long waiting.

Lucky you spot the mistake for the glass of tea. Yummy food!

I want to try the sea snail someday.