One morning after I picked Jay up from his tuition class, we wanted to go to "Yes" Cafe for early lunch before heading home. But it turned out that the shop was closed. Closed on a Tuesday.

Since we were there and I were too lazy to drive to other place, we went to another food court, a stone throw away from Yes Cafe. The Best Corner. 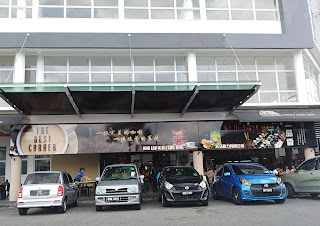 We had a walk one round to check on the stalls that opened and finally my boy settled for his usual dish, kolok mee.

As for me, I ordered from the fried food stall. Something that I have not eaten for quite sometime. 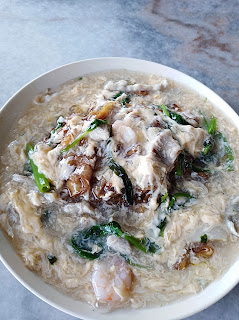 Cantonese fried kway teow! So generous with egg gravy. So much greens and reasonable ingredients for RM6. 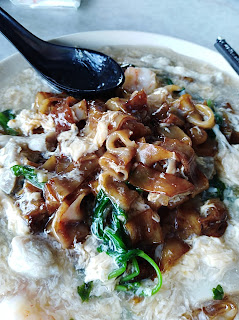 I enjoyed it very much. I think this was the best I have ever tasted so far. The kway teow was full of "wok hei" and I loved the fragrant egg gravy.

It was so comforting to have it. Something I seldom eat and it feels so good to enjoy it once in a while. 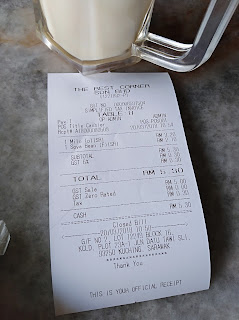 I enjoyed my Cantonese kway Teow with a glass of soya bean. My boy had iced Milo and oh boy! A big glass of iced Milo was so expensive. My kids mostly drink Milo at home and yet, they would still want to order iced Milo when we dine outside. 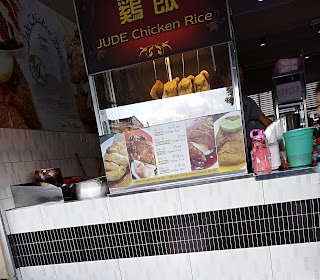 We were seated just in front of this Jude chicken rice stall. Yes, the same Jude chicken rice that operate in Open Air Market since 1993. I think the son operating this stall as I saw a young man mending the stall. 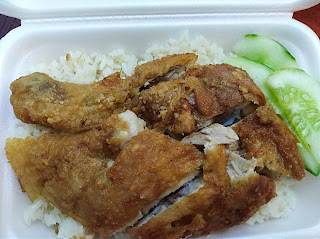 I bought a pack of fried chicken rice (RM6) for Jan. Looked good to me. No complaint from my girl so I guess it was good.
Posted by Rose world at 8:29 AM

I love Cantonese fried koay teow and a good one can send me to heaven!

me too very lazy to drive far and long to look for other places to dine especially with children..luckily there is another option nearby.

I like wat tan hor with a lot of wok hei, agree that it is comforting to have it

Never been to Sawarak. Hopefully, can go there someday. :)

wow such a feast :D

It is funny that Cantonese Fried Kuay Teow is called Watan Hor in KL or Sar Hor Fun in Penang. I like the generous gravy with eggs! Yums!