When daddy isn't around, we will go out and find something interesting. Not going to be stuck at home and doing nothing.

This was what happened last Saturday. Just me and my kids while hubby was busy with a function. I thought of a short morning drive with the kids so they would not be too bored staying at home.

We went for our usual kolo mee breakfast before I took the kids for a short car ride. Actually it was supposed to be a short ride to the petrol station but on our way there, we spotted the new mini mart (occupied the old Maybank lots) in MJC, Batu Kawa has opened. So after filled up the car petrol, I decided to check the new mart out. 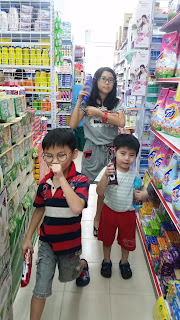 And who gained the most from the new place? The kids, of course. The new mart is called CS Mini Market. 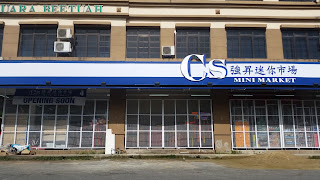 Initially I meant to check the place out but surprised to find some stuff is reasonably priced and cheaper compared to other places. And the stuff is neatly displayed, so tempted to buy them. 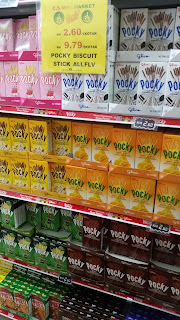 We had fun finding thrills in the snacks section. My kids each has their own preferences and everyone ended up with some goodies home. 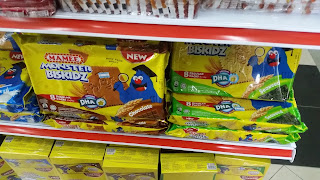 As for me, I find this canned luncheon meat is the cheapest so far in Kuching. My favourite brand for only RM7! Other places sell for RM7.50 or even over RM8!! 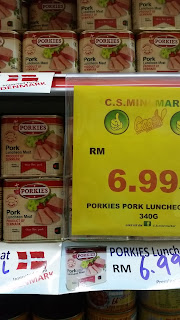 I would definitely make this place a frequent-to-visit place for now as it is near to my place and some stuff is well priced. Hope it is something permanent, not just an opening promotion or something.
Posted by Rose world at 8:09 AM

i will take the kids out too if hubby not at home
ok i just imagine now...no hubby yet lol

It is good to go out to explore and look see look see, if not life would be too mundane and boring

I like to eat pocky. The sour cream ones very nice

Always nice to find a place that sells some goods at a better price nearer to home.

Such a nice treat, dear! xoxo

good to know got this place to shop.

Nice bonding with your kids! I miss that.. I like luncheon meat too, Spam is my favorite.. :)

I enjoy grocery shopping even if it is just for look-see-look-see.

How exciting for the kids and for mom too! ^.^

I love it when you find new places because you just decided to drop by!