In the national park 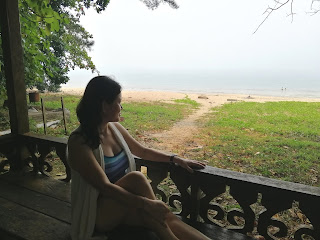 After a 2 hours drive from Kuching, we took a boat (return fare RM300) from Teluk Melano jetty to the national park on Saturday afternoon. About 10 minutes boat ride, we reached the beautiful, clean and untouched Tanjung Datu National Park after 1pm. 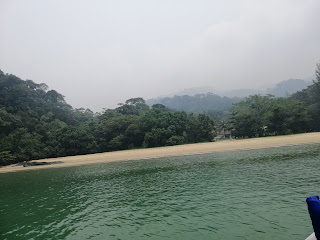 The beach and water were clean. Amazing and quiet place to relax and enjoy the Mother's Nature. No line, no wi-fi, no internet. Away from the outside world. 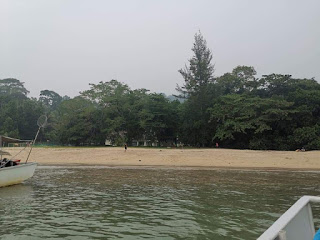 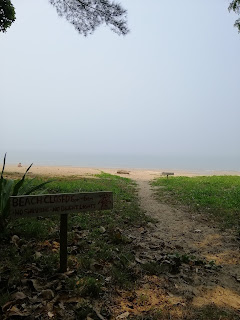 There were 2 European couples other than us that stayed during the weekend. We made new friends with the German and French couples. 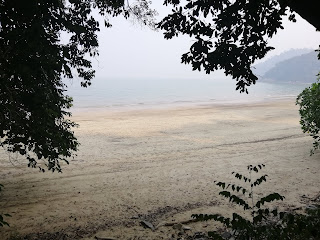 We spent mostly at the beach, had morning walks, swimming and snorkelling. The beach looked like belonging to us, totally peaceful and quiet.

If only there wasn't any haze, the view would be amazing. All we could see was hazy scenery but it didn't dampen our holiday mood. 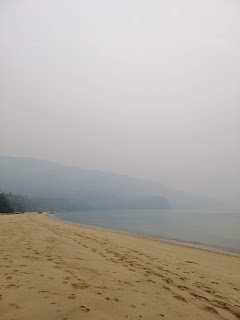 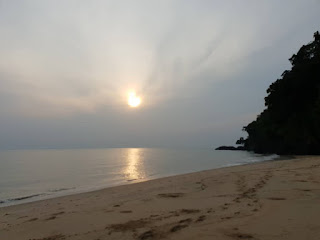 On the first night, we set up our tents on the camping site. The kids learnt how to set up the tents with their dad. 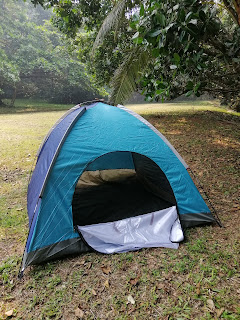 The next night, we were offered 2 forest huts so we wouldnt need to squeeze in the uncomfortable tents. Lol. 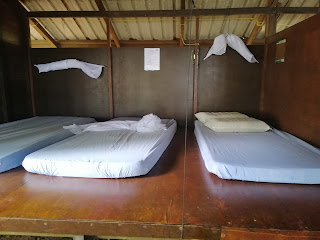 Equipped with 5 beds plus mosquito netting. 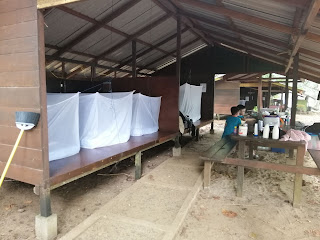 We were also allowed to use the stove in the kitchen but with charges. We brought our own utensil although they do provide with charge. 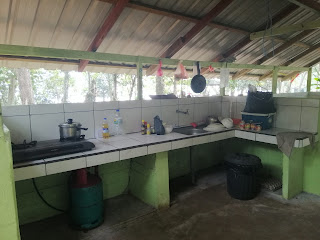 We slept early at night as there would not be much to do at night. Lighted by kerosene oil lamps, it were uncomfortable and warm nights and the boys complained of heat. Luckily we survived the night through. The beach was closed after 6pm as to avoid disturbance to any sea turtle activities. So we slept pretty early on both nights. 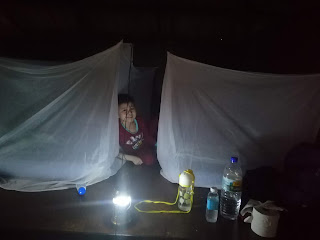 We brought some touchlights and LED light and mosquito coils. Touchlights are useful when you need to go to the toilet at night as it was pitch-black with sounds of insects and wave from the ocean around you. 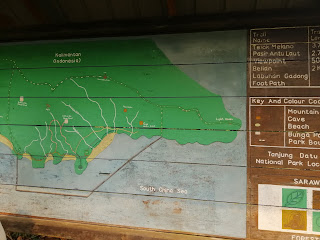 There were few jungle trails for those who love hiking and enjoying the wild nature.

We had a 500m trail hike on the 2nd day. We took the shortest trail as not to tired ourselves out. The trail wasn't that easy though but we managed to finish it. 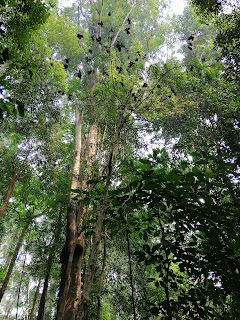 Everyone was sweaty and tired but a good hike in the forest. 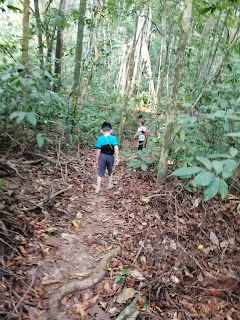 We also had snorkelling on the other side of the beach in the evening. A few minutes jungle trail to this quieter beachline. Low tide in the evening and some corals on the rocks could be seen on the shore. We did not go too far to see some corals and fishes. However the water was muddy and not crystal clear near the shore. 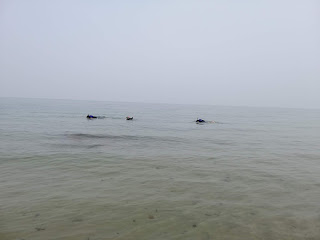 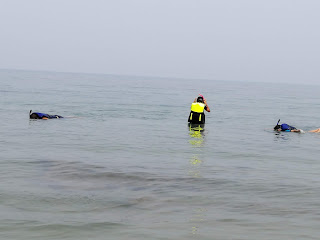 A nice and different weekend getaway for us. Other than the kids complaining of heat and unable to sleep without fan or aircon at night, we had a wonderful holiday and enjoyable time there. We may be back next year, hopefully to catch real sea turtles in action. 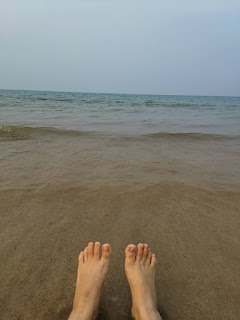 What and how much we spent at the national park:

If you look at the map of Borneo, Tanjung Datu is at the tip of the Borneo. The 'tail' part. For more information of this beautiful national park, click on to this site.

Great trip :) Have a beautiful day :)

Wah! What a nice outing!

Wow! This Tanjung Datu National Park looks like a real sanctuary minus the haze. I have not camped in tents since I left school. I treasure those memories. I am sure your kids would too.

You looked so relaxed sitting at the balcony admiring the sea and beach in the first photo. A real getaway. The forest looks very green and beautiful. Same as tm,i have not done camping after i left school, brings back a lot of fond memories.

What a memorable camping trip for the whole family!

Wow,what a great adventure! I enjoyed lookin at your photos ☺

What a fun and exciting trip. Good experience camping under the open sky. Beautiful place.

This sounds so good, to be back with nature and all but I tell you, my boys wont do this. The first person to complain will be the biggest (the hubby) followed by Ethan and then Ayden. Come to think of it, they are so spoilt that they won't be able to enjoy life without electricity :(

Such a beautiful place, all that peace and tranquility! I'd prefer the cool weather up the hills and mountains though.

Never knew about this national park before until I read your blog. It's a good idea to bring your kids for some camping activities cause the younger generations nowadays just love to stick with their smartphone instead of going out and do some outdoor activities.

I wish I had a chance to visit!

Good to know the water is clean . Malaysians throw so much trash into the rivers and drains everyday.