History is in making. A historic day on 9 May when we had the GE 14. The next 2 days of public holiday followed suit after the opposition party won the general election for the very first time in Malaysia's history  to claim a new ruling party.

It was surreal. Everyone had posted over social media and chats group on the historical victory and holiday but that was after I slept. I went to bed before 11pm on Wednesday. Cannot wait for the official result but when I woke up the very next day, I finally realised the true facts of the news and holiday. A new dawn has shined on us.

We didn't have any agenda but hubby and I had our short morning walk when there was light in the sky. Then, we took our shower and went to Megabite Batu Kawa for our breakfast tyesterday morning. More like hubby's celebratory cheatday as he could enjoy more carb food than on normal day. ^^

Few noodles stalls opened but not many option other that noodle. However we did ended up with something to eat. The kids and big man went for the kampua from the kampua stall. My man also ordered some dim sum to share around. 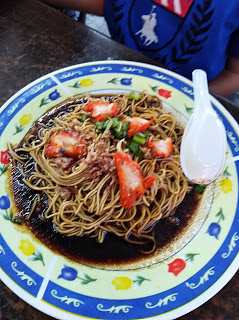 3 baskets of dim sum for total of RM5 each. All meaty dim sum. 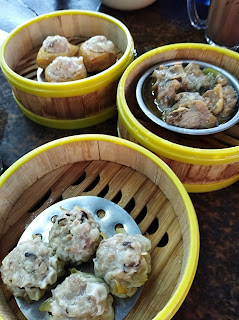 I did enjoyed the braised pork ribs. Very tender and tasty. 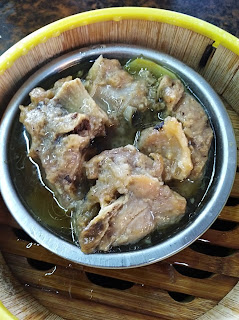 The sui mai was very huge and meaty. 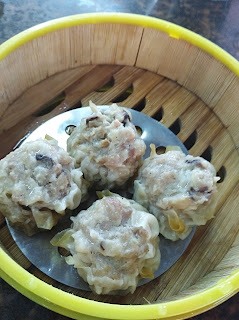 I thought these stuffed beancurds were not as good as the other two. However nothing went wasted on our table. 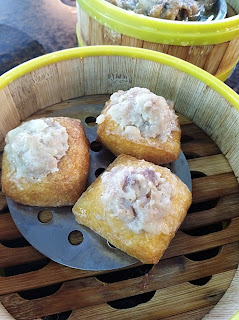 For my main dish, I ordered a bowl of kueh chap (RM5). Taste-wise it was alright. The soup wasn't that strong and I can accept the taste. 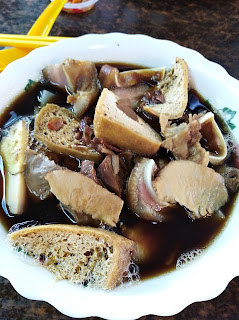 We spent the rest of the day at home. And then, by late morning, we received news on state government declaring 2 days of holiday on 17 and 18/5, not 10 and 11 May.  So my man had to run down to office to work yesterday afternoon.  So much for the holiday mood!

As for the school, after much messaging and asking around, the school board decided to hold 10 and 11 May as holiday as well as on 17 and 18 May. So it means the school mid-term exam would be dragged longer to following week.

And to Malaysia, a new dawn has begun. To a better and unified Malaysia. I am proud to be a Malaysian.
Posted by Rose world at 10:48 AM

Yummy food but too bad the holiday like hanging ... if only they declare yesterday and today kan bagus

The siu mai sure looks big.

What kampua is that? So much black sauce, like wanton mee.

I like the dim sum items. Have a great weekend!

I was wondering what was happening in Sarawak. U woke up to a holiday, only to find much later that it was not a holiday! How confusing!

I just had Kway Chap today, I like stuffed beancurds but it is a pity that yours did not turn out good