It was one week before CNY when we dropped by and tried out this Cheese & Tea cafe for lunch. Never been here before so not so sure what to expect. 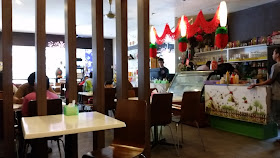 Upon entering, we were greeted by many jars of beautiful fighting fishes on left side of the wall. And as we walked a little further this water feature was there. 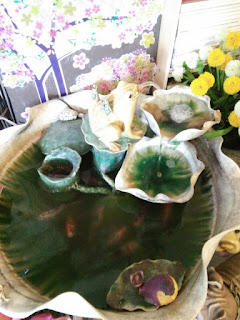 It wasn't packed when we were there but we chosen the seats at the end of the cafe. More privacy and since we have naughty kids with us. Lol. 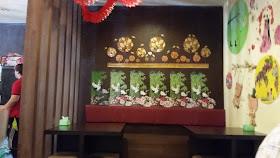 The walls were decorated with these cute wall stickers. 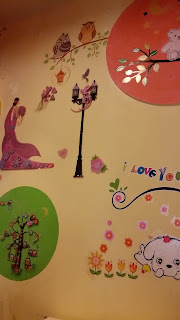 The lighting wasn't that good; slightly dark to capture good shots. My photos ended up yellowish. As yellow like the cheese as in its name. Lol. 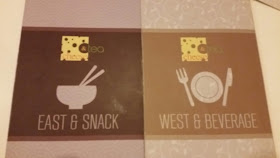 And as for the reason of its name, their main specialty is cheese! Anything in cheese! The waiter would ask if you want to add cheese to this and that, so you do have option of that. 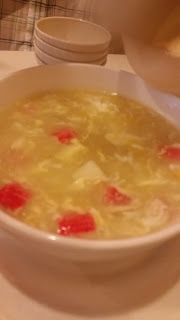 I had a plate of butter fish rice which was rich in taste. 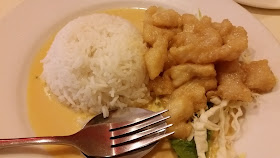 The big guy had its Pattaya fried rice. Appearance-wise, it was presentable but taste-wise, it wasn't that good. Rice too wet! Hardly an enjoyable dish. 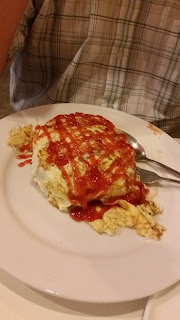 I did not take shot of fish n chip as it was just breaded fish and fries. You wouldn't need to guess who was having that! * wink* 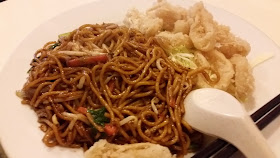 Next to come was this fried noodle with crispy sotong. The noodle was fine but the crispy sotong was rather bland. Tasteless and full of flour. 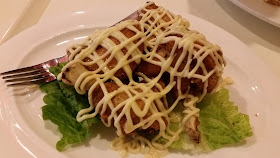 But I did enjoyed its cheezy boxing chicken. The chicken itself was juicy and tender. Spreaded cheese on top enhanced the flavour.

Overall, a nice cafe environment but more to do and improve on its food. Or maybe we should try its toast some day as I heard it was good.
Rose world at 8:14 AM