After the church service, we picked up my FIL for lunch in C121 Food Station, Stutong. It has been a while since I ate there.

Spotted this pizza stall which was not there before. We just had a pepperoni pizza the day before but my kids are never sick of it. They pestered me on having pizza and since we seated right in front of the pizza stall, we settled for a pepperoni pizza, their favourite flavour. 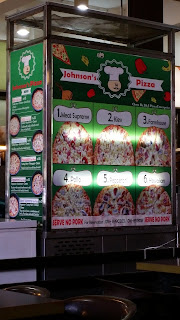 Somehow I like to have my pizza with 100 Plus. Don't ask me why, I prefer this carbonated drink than the other one. 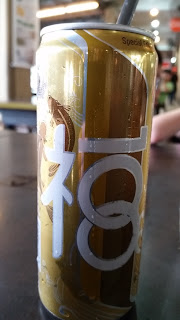 Limited edition of 100 Plus


Our pepperoni pizza freshly out from the oven. Hot, hot, hot! Piping hot but it was irresistably good and cheesy. Definitely better than what we had the day before and cheaper by RM1. *wink wink* 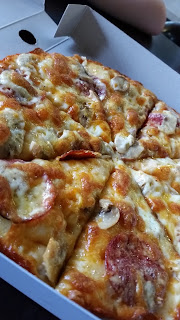 
Again, my kids devoured the whole pizza, without leaving a single crumb. And that was how good it is, according to them. If I could let them, they would have pizza every day. I wonder why are they so crazy about pizza. Maybe it is easier to eat? Better than rice? Anyhow, I wouldn't be eating it for quite sometime after eating it for 2 days in a row. By the way, I managed to steal 2 slices from them. They were good, I have to admit. Lol. 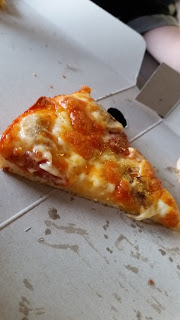