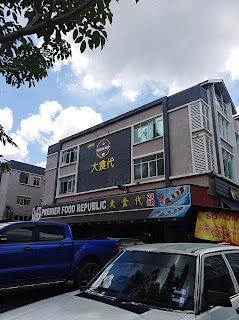 Must be the cold weather we're experiencing lately that we thought of soups for breakfast on one Monday morning. My man was on leave so both of us went to this Premier Food Republic in Batu Kawa for breakfast. 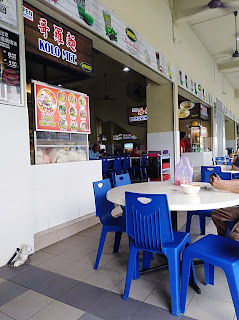 Our first visit to this food court. Pretty clean and neat. Some stalls open for 24 hours as stated on their lighted signboards so one wouldn't go hungry at any time of the day! 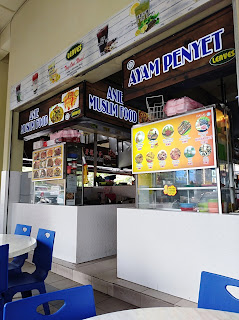 Both of us ordered from three different stalls. For myself, I had this fish head mee hoon soup for RM8. Appetizing and comforting to have on a cold morning. 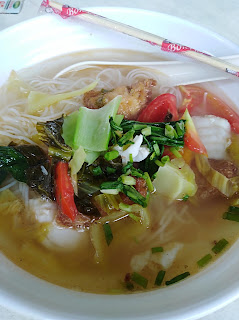 My man was unsure of what he wanted and he ordered this meatballs soup (RM4) from kolo mee stall which was in front of our table. 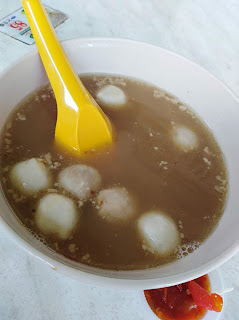 And he had second thought as he walked around the food court and ordered this from kampua stall.

Kampua with soup set for RM7. As least it looked and tasted better than that pathetic-looking meatballs soup. 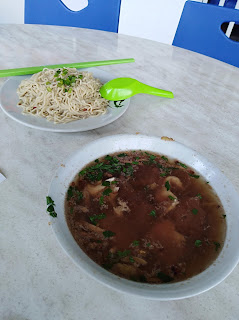 I helped him with the meatballs in the meatball soup while he enjoyed his kampua set. The liver soup was nice, could detect the ginger in it. Livers and meats were just done. Unlike those tough and overly cooked livers in the kolo mee's soup. 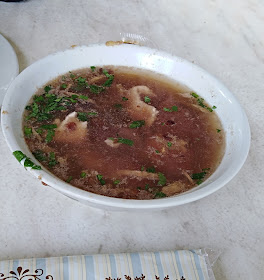 After finished all those soups, both of us definitely felt the heat!  And if it wasn't enough, I got my dose of iced teh c peng (iced milk tea) as well. That was a lot of liquid in one breakfast! 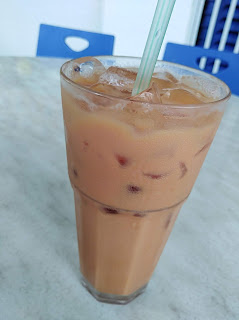