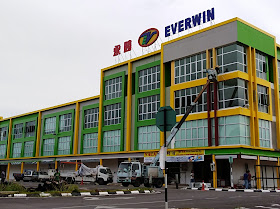 I am surprised to find that this supermarket from Sibu is opening soon in MJC Batu Kawa. The new shop lots opposite the Batu Kawa Petronas station. The shops have been underwent renovation for weeks and expecting to open soon.

They are taking the whole stretch of shops at the back while 2-3 shop lots in the front that facing the main road.

I had vivid memory of this supermarket as it was the very first supermarket that we visited and bought our necessity when we moved to Sibu back in 2013. Everwin in Jalan Pahlawan. And after years, they are here to compete with our local supermarkets that situated in MJC; namely Everrise, Choice Daily and H&L. Not forgetting the hypermarket, Emart which is few minutes drive away on the other side of the road. 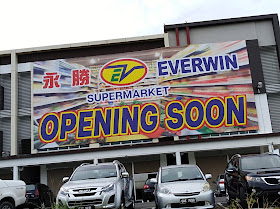 Not so far from this new supermarket (facing the main road) is this newly opened food court, 38 Food Street. They have few food courts around Kuching and one of them that we have been to was in Stutong last year. 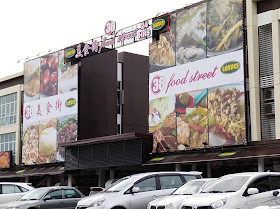 One thing I remembered about the Stutong branch was it was well maintained and clean.

And now with it so near to our house, we have to go to this MJC outlet last week to check its stalls out. A very huge food court, occupying 5 shop lots. 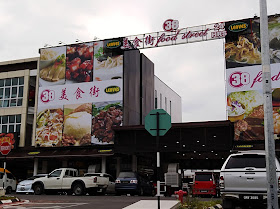 It was a long weekend here with Thursday and Friday have been declared state holidays. We were here last Thursday but oh boy! The place was full with patrons. 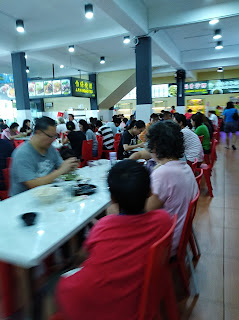 Many stalls operate in this large food court. They occupied few shop lots. Finally, we have a decent food court in MJC! Price-wise, I thought it is slightly expensive than other places. 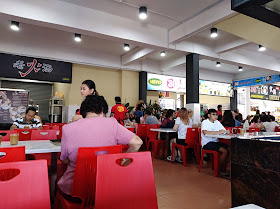 I had Sarawak laksa that morning. RM8 for the normal portion. The bowl was big and the laksa only filled up half of the bowl. Taste-wise, it was so so. 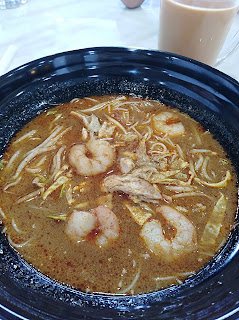 
Jan went for ayam penyet. Not so 'penyet' to me. It was more of a fried chicken rice with no spices detected. 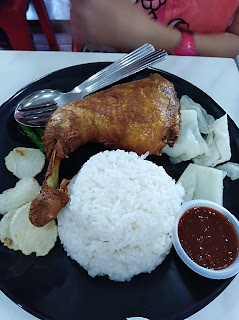 
My health-conscious man had lui cha for breakfast. He didn't take much of the bitter soup but overall, it was acceptable. They served with brown rice. 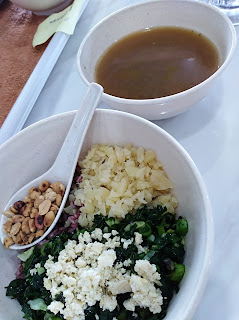 Last to arrive on the table was my boy's kampua. It took quite sometime for it to be served. His only came after we finished our food. Big portion of white kampua with sliced pork and dumplings. 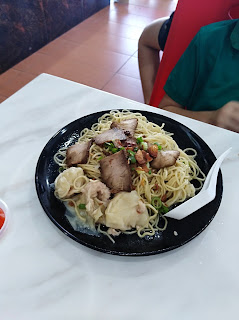 And if you are wondering why I didn't mentioned Jamie here, it was because he had school that morning and didn't joined us for breakfast. Assessment tests started that Thursday. If he came along, I wouldn't be able to enjoy other food as I needed to order something that he can eat to share with him. ^^

We will definitely come back here to try food from other stalls. We are spoiled with many food choices here but one must try and see if the food is good and worth the price or not.
Rose world at 8:41 AM