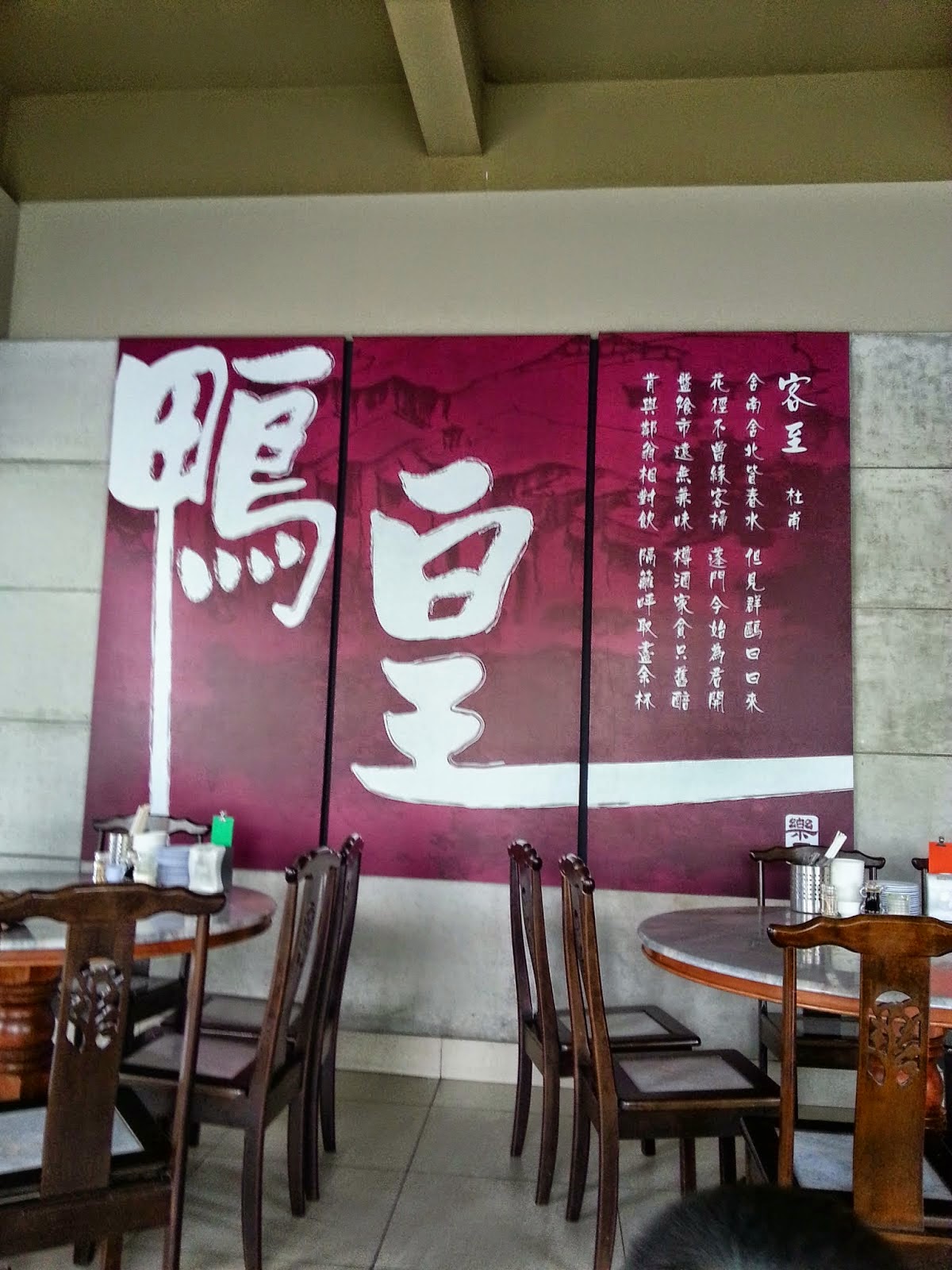 Hubby and I prefer to have our meals in this outlet in Stutong. The very 1st outlet of Imperial Duck is in Jln Padungan and there are mixed reviews about the services there. We encountered unpleasant services there a couple of times. So end up we seldom go there anymore but visit this branch instead.

The services are much better and pleasant.

Last Saturday we went there for lunch after our CNY shopping. As usual I had its roasted duck drumstick rice. I always ask for extra bowl of its braised gravy (lo ark gravy). 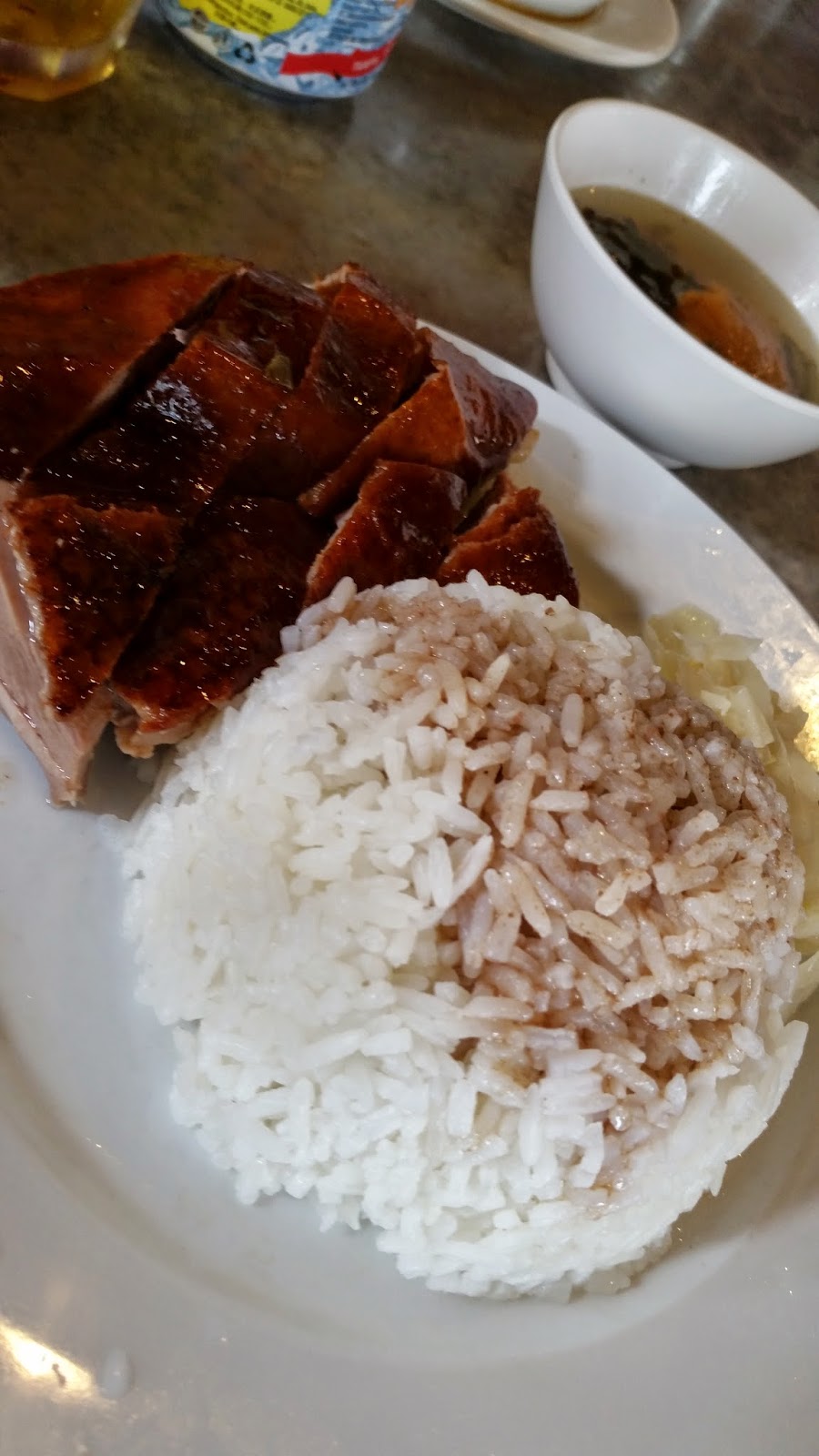 
Other than its super tasty and succulent roasted duck, Imperial Duck also famous for its roasted pork belly. Thick slabs of roast that nice to be eaten like that without any dipping but they do serve dipping of sweet sauce and mustard. 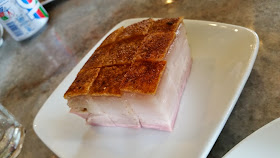 And for soups lovers, they also offer few selection of Chinese herb soups. 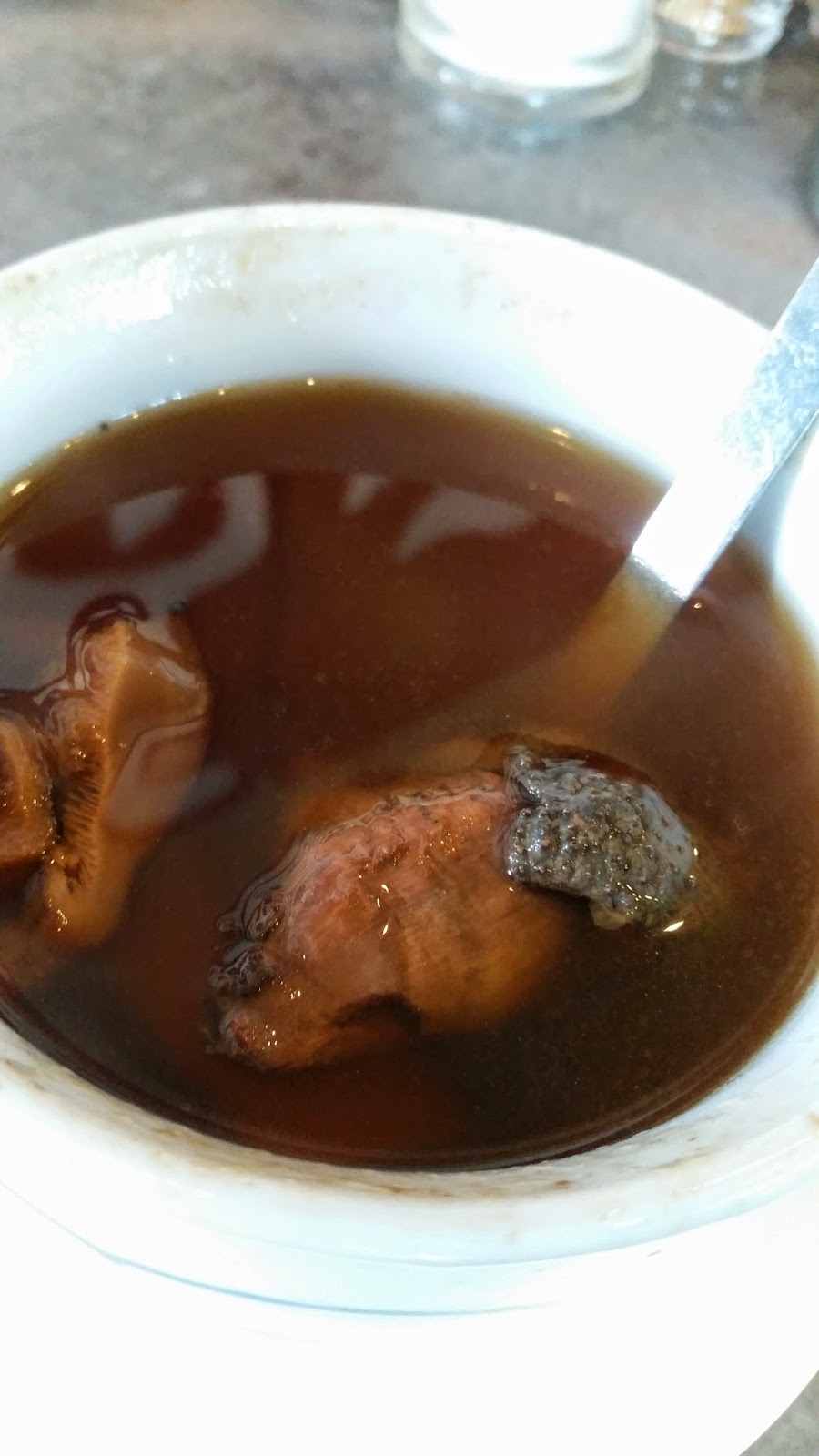 Hubby had its black chicken with bei-qi, dang shen and mushroom soup that afternoon. I did not taste his soup because I had my own bowl of soup.

I love its fish with ginseng and sai yeung choi soup (below).  Both soups were RM7.50 per bowl. 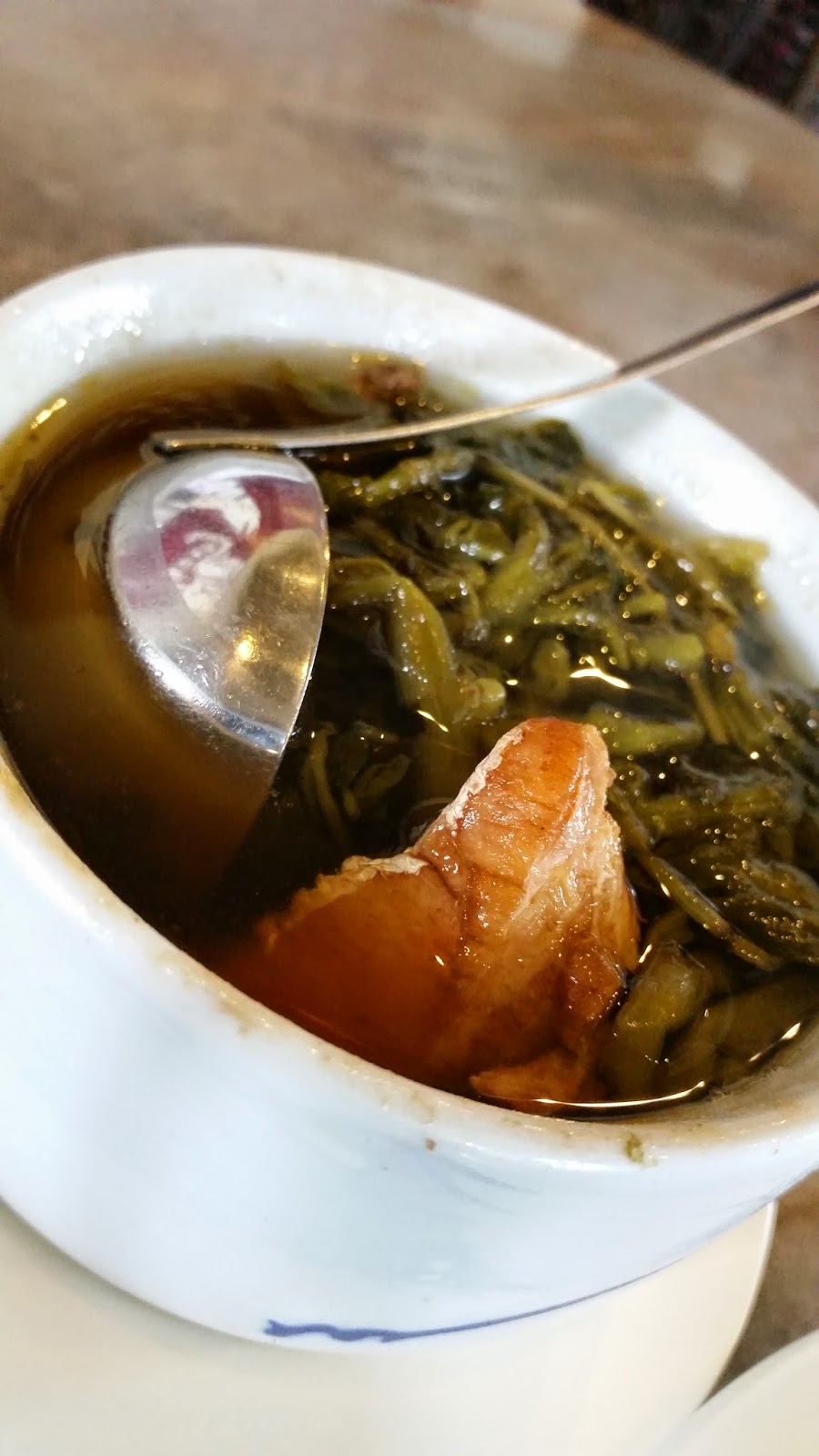 To balance up our diets, we had its fried prawns with asparagus. Pretty good I had to say although it could do better with less seasoning. However the asparagus was crunchy and fresh and it went well with the peanuts. 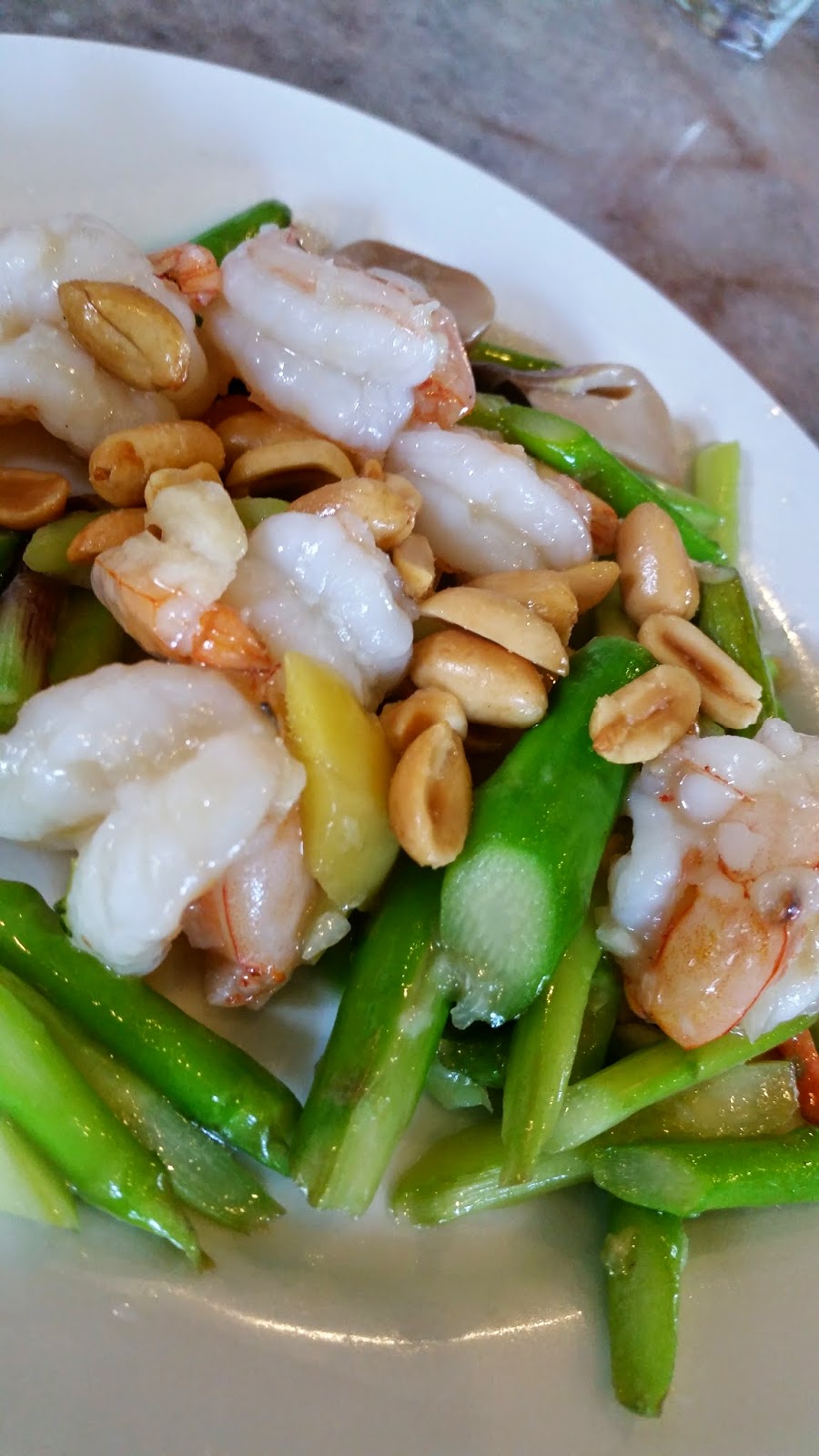 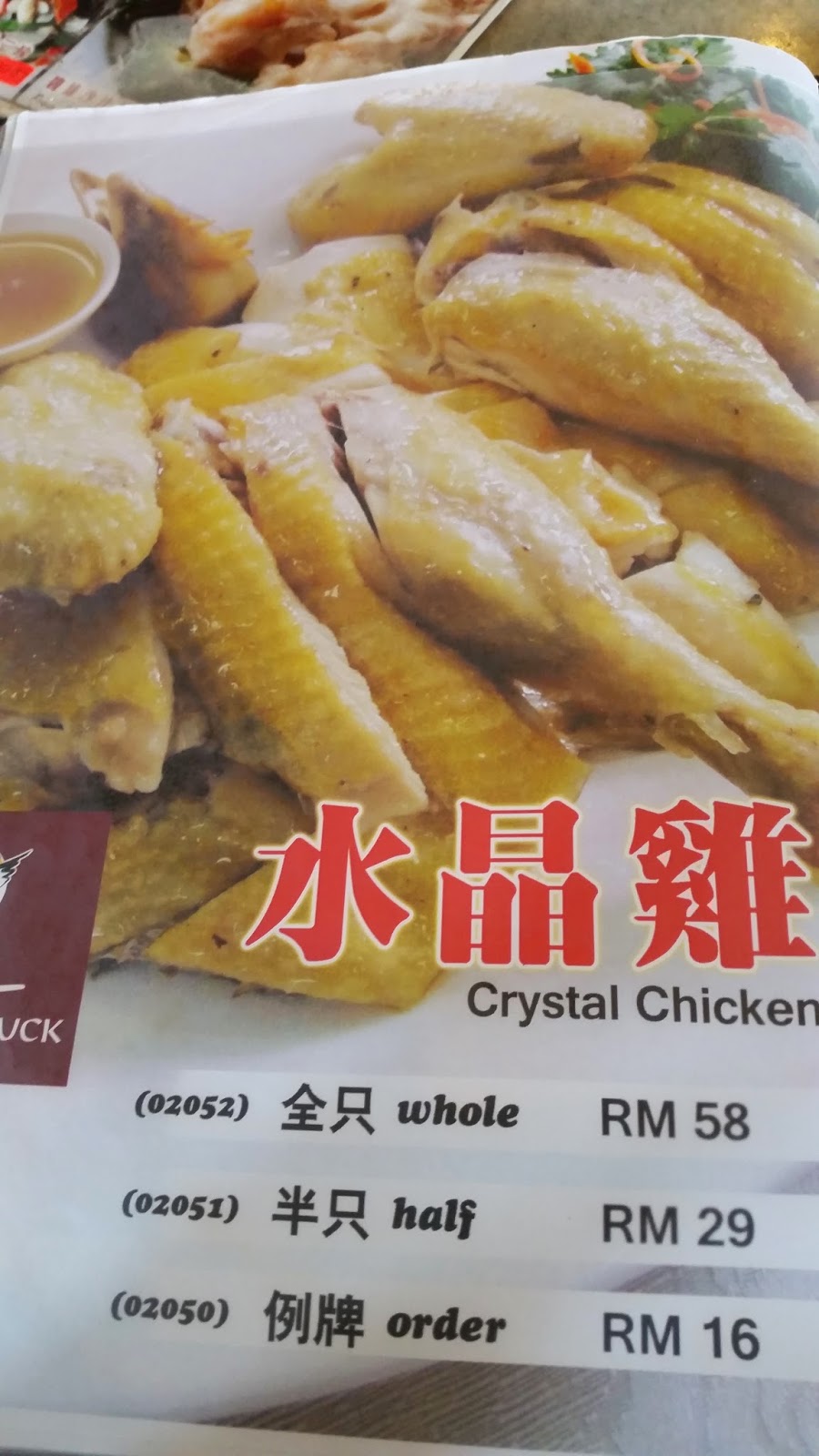 The tempting picture of the chicken


We ordered this crystal chicken for the first time that day to try. Wonder whether it was a free range chicken but it did looked like one with the yellow skin. Tough texture but taste-wise, it was nice with the rice wine and ginger as I could taste from the sauce. We ordered  a small portion (RM16.00) of this steamed chicken to try. 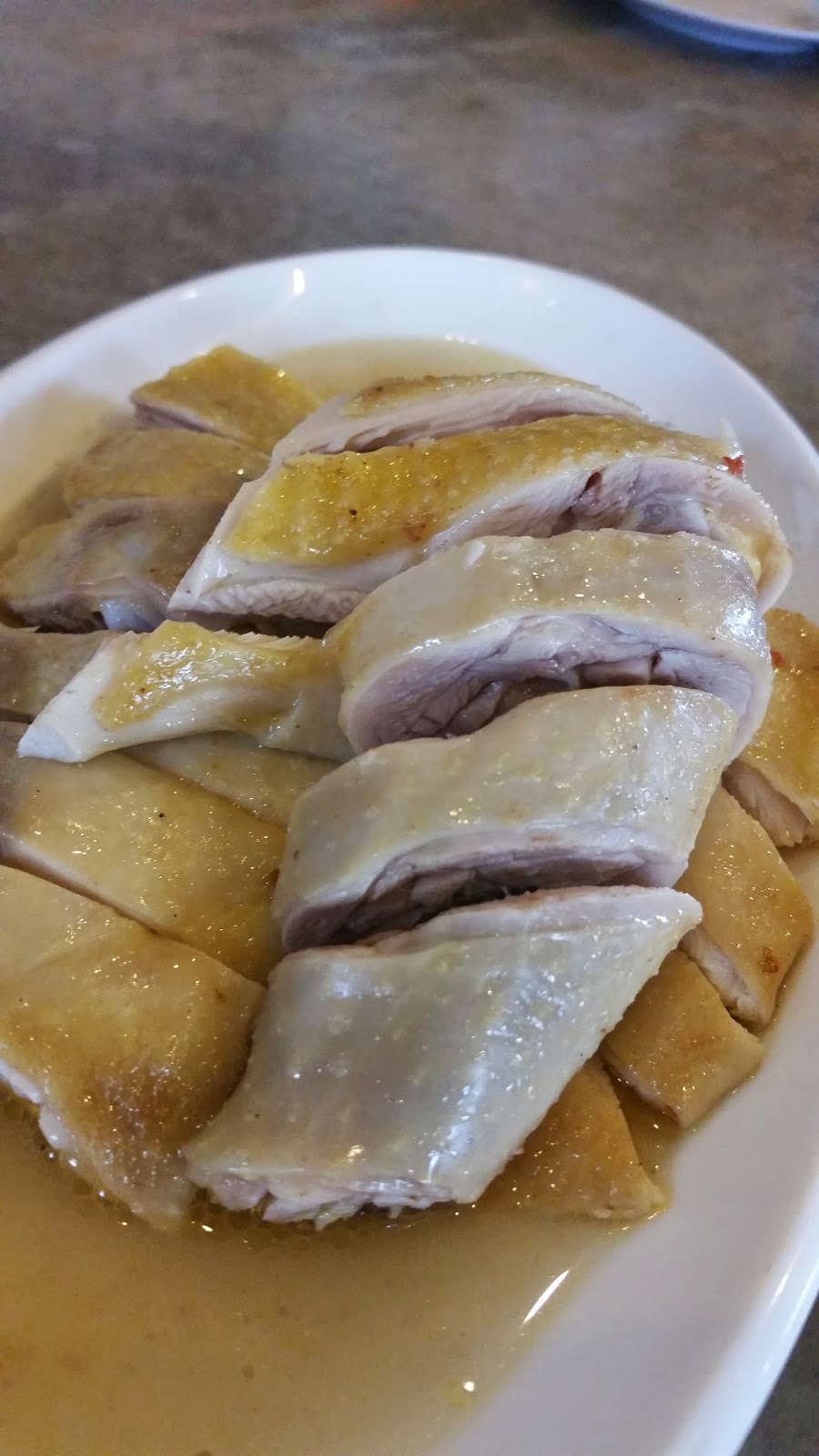 I checked from the internet and discovered that the word "crystal" is the homophone for "steaming" in Chinese. So it was basically a steamed chicken. Nothing really special about it. Lol.

Overall we enjoyed our sumptuous lunch despite the price. Total damage that afternoon was RM120.60 plus drinks. Not to mention how much we had spent on clothings and new bedding sets for the kids that morning. The kids are the most happiest and enjoying themselves at the shopping mall. 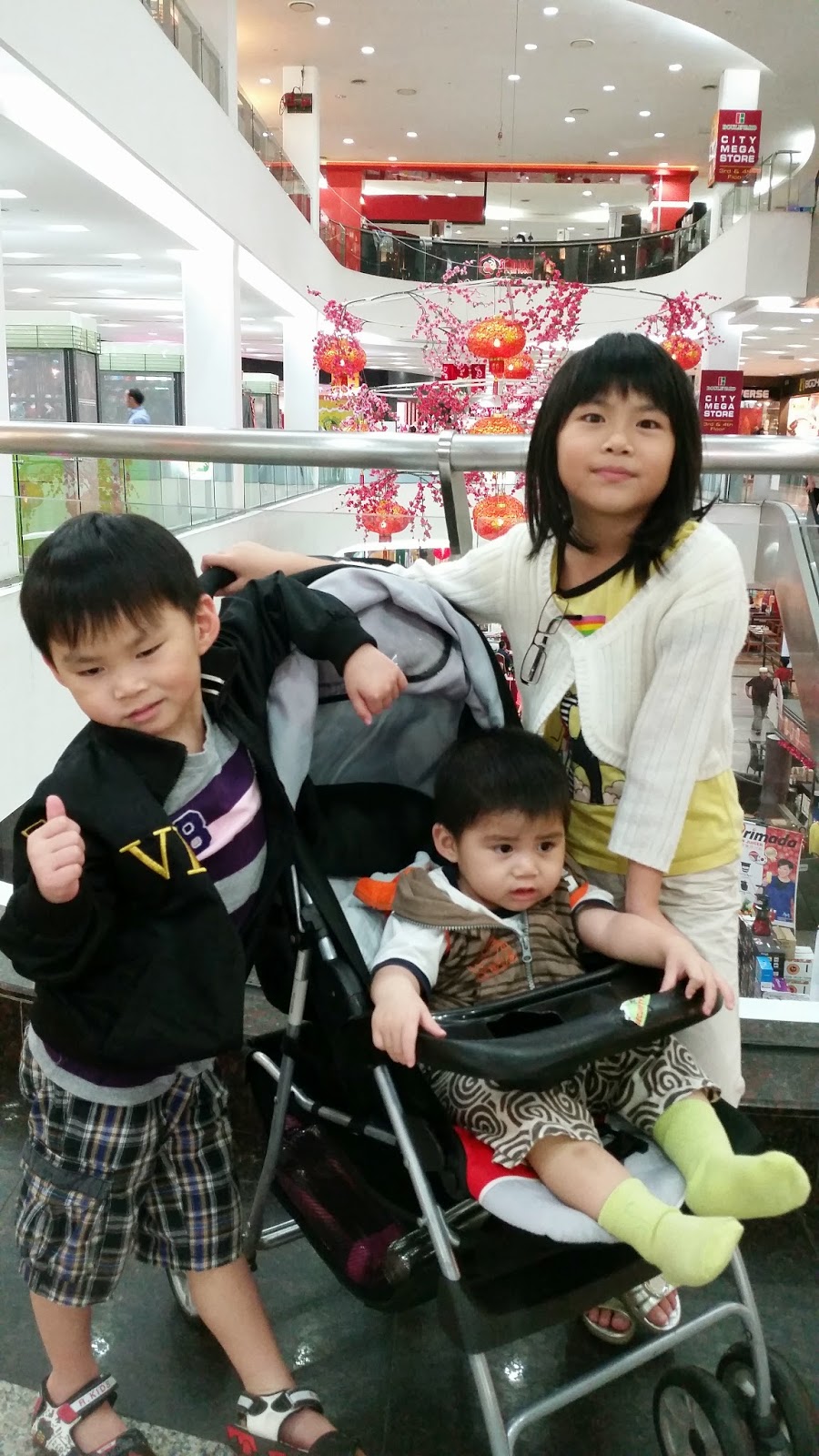